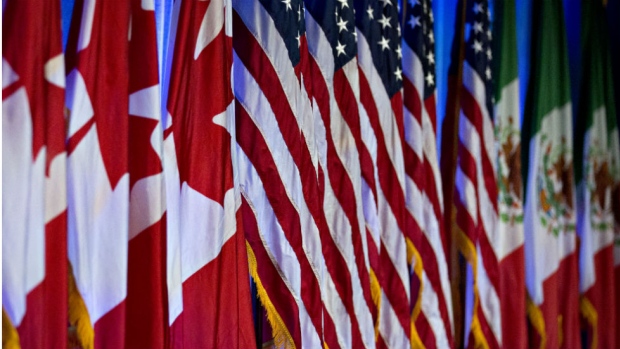 Canadian, American and Mexican flags stand on stage ahead of the first round of North American Free Trade Agreement (NAFTA) renegotiations in Washington, , Bloomberg/Andrew Harrer

Mexico’s negotiator for a trade agreement with the U.S. and Canada said there’s more work to do before the deal can win approval in U.S. Congress, increasing the odds that the debate may drag into next year.

The three countries have been making final tweaks to the U.S. Mexico Canada Agreement, or USMCA, to get it through U.S. Congress before legislative debate gets overwhelmed by the 2020 presidential campaign.

Seade also met with U.S. Trade Representative Robert Lighthizer in Washington on Wednesday. President Donald Trump’s administration and House Democrats have been locked in tense negotiations for months to try to secure a potential vote before the end of the year.

Despite the difficulties, an agreement could still happen as soon as next week, and ratification before the end of the year is still a possibility, Seade said. He cautioned that he needs to confer with President Andres Manuel Lopez Obrador and Mexico’s private sector before signing off on changes.