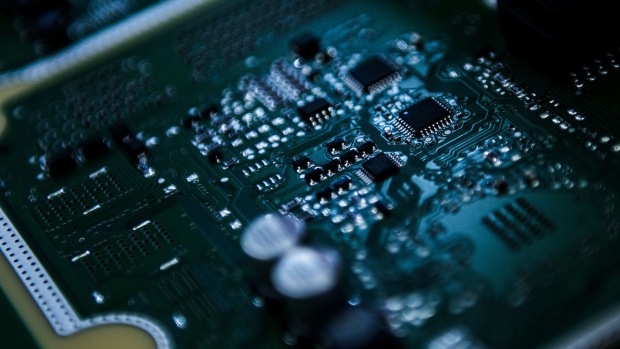 (Bloomberg) -- Mexico is considering incentives to attract private investment in semiconductors, taking advantage of a push by the US to bring the production of chips closer to home, according to the Latin American nation’s economy minister.

Tatiana Clouthier said on Friday the government is looking to help companies that think about expanding their presence in Mexico and proposals are being evaluated by the Finance Ministry. Additional investment in Mexico will benefit the auto, electronics, and aerospace industries, she added.

“We could have mechanisms to make investment more attractive for companies that relocate,” Clouthier told Bloomberg News in an interview, saying she’s in touch with the Finance Ministry to discuss what can be done to support innovative industries that could boost employment. “We think that for these sectors there should be certain kinds of assistance.”

She did not elaborate on what types of incentives are being discussed.

Earlier in August, the ministry held a forum with US investors to discuss the advantages of investment in Mexico after the US Congress approved the CHIPS Act, which includes about $52 billion to boost domestic semiconductor production and research. Mexico could be a “key ally,” the Economy Ministry said in a statement after the event.

Clouthier named Jalisco and Aguascalientes states as potential areas of investment, though the government has also encouraged companies to move to southern states, where there is more water available. Drought has stricken northern cities including Monterrey, and President Andres Manuel Lopez Obrador has called for water-guzzling companies to limit production.