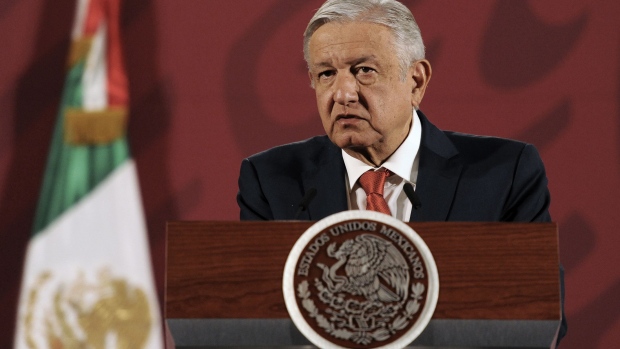 A December vote would help head off delays that might make it harder to win approval, Juan Ramiro Robledo, a member of the president’s Morena party and head of the lower house constitutional affairs committee, said Monday. It is one of two committees, including one dedicated to energy, discussing the bill.

“We’ll perhaps put it to a vote in December,” Robledo said. “That’s our intention, and the task we have. We are all conscious that this is an important initiative. Even those against it know it’s important.”

Two-thirds of the legislators present on the day of voting have to be in favor before the constitutional reform is sent to the Senate for review, and then turned over to state congresses and later the president for approval. The current legislative session ends in mid-December, leaving legislators with less than two months to negotiate the details.

The bill seeks to give the state utility, the Comision Federal de Electricidad, a majority stake in the electricity market and reduce control of the private sector. Robledo reiterated that all private electricity contracts would be subject to review, but those likely to be canceled were ones used to violate laws, such as using self-supply contracts to sell energy to third parties.

“Those that are producing more than their permits allow them to will not be able to continue doing so,” he said. “The contracts that will be reviewed and then survive are those that have respected their own limits.”

Robledo said he was open to discussing changes to the bill with opposition parties.

“With all the parties, I think there can be considerations and reflections that would favor the central premise of the proposal, which is to reestablish the primacy of the state in this sector of the economy,” he said.

(Updates with comment from lawmaker in seventh and eighth paragraphs.)