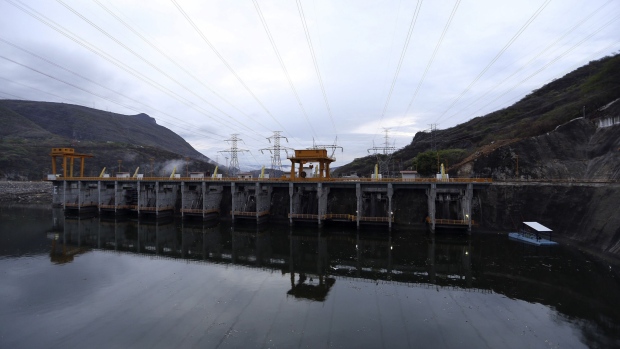 Existing government contracts held by private companies in wind and solar power will continue should the bill be approved, Manuel Rodriguez Gonzalez, the chair of the lower house energy committee and a member of Lopez Obrador’s Morena party, said in an interview. Further details on how the contracts will be honored are set to be included in future secondary laws that have yet to be made public, he added.

AMLO, as the president is known, is seeking to amend the constitution to ensure Mexico’s state-owned power utility Comision Federal de Electricidad, or CFE, gains market share to reach a 54% monopoly in electricity generation. Presented earlier this month, the bill states that carrying out the president’s overhaul requires “the cancellation of all permits granted for electricity generation.”

“The text of the reform will not say that contracts will be canceled,” Rodriguez said when asked about renewables, but he didn’t specify whether the bill will be changed or if secondary laws will clarify this. “In reality what we’re talking about is a modification of contracts.”

The bill’s specification that CFE hold 54% market share and private companies 46% can happen gradually, Rodriguez said. This will occur slowly, he said, by prioritizing three things: The state utility’s hydroelectric power, growth in demand and CFE absorbing capacity previously held both by self-supply contracts and contracts held by independent producers. It won’t be met by absorbing capacity of existing renewable projects, he added.

“The investments that already exist are guaranteed and will not have any problem,” he said. “They’ll be able to continue. But what is true is that the government is going to oversee the system of planning the electricity market’s growth.”

Lopez Obrador’s press office didn’t immediately respond to a request for comment about any changes to the power bill.

The bill would cancel self-supply accords that allow companies to generate electricity mainly for their own use, and will see independent energy regulators be absorbed into government agencies. It seeks to cut private-sector participation in electricity generation to 46% from 62%, according to Energy Minister Rocio Nahle.

Hydroelectric power will be given priority, followed by other CFE power sources like nuclear and natural gas. Renewable wind and solar power would be near the bottom of the list, beating out only natural gas from the private sector and coal.

While Rodriguez said the bill would spare renewables, it’s unclear what would happen with other electricity contracts. Nahle said on Monday that Mexico has 239 self-supply centers that lack basic permits but are providing electricity to thousands of consumers. There have been abuses in the self-supply market, according to Lopez Obrador.

Lopez Obrador’s Morena party-led coalition has a majority in both houses of congress but would need to clinch support from some opposition members to get the two-thirds majority to approve the constitutional change. Even so, the effort is alarming Mexico’s wind and solar energy associations, which say it would violate pledges Mexico made under the 2015 Paris Agreement on climate change.

Rodriguez says they need not worry. “Whatever happens, renewable energy will keep growing, all of it, including solar and wind,” he said. “None of the wind and solar parks that are currently operating are going to be canceled.”