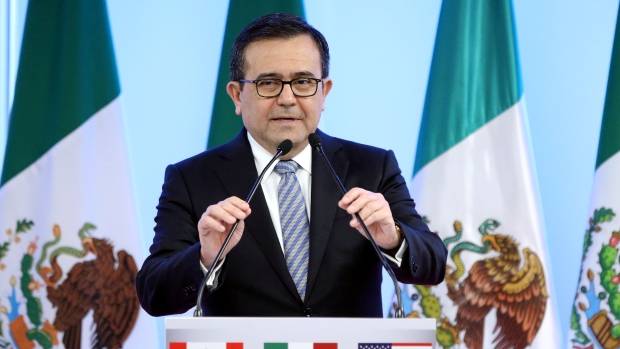 Mexico's economy minister said on Monday a successful retool of the North American Free Trade Agreement (NAFTA) would hinge on two or three complex areas that he called "elephants in the room," just days before the next round of treaty talks in Canada.

Speaking at an event in Mexico City, Ildefonso Guajardo said four chapters in the agreement could be renegotiated in the third round of talks, due to take place Sept. 23-27 in Ottawa. The areas cover smaller companies, transparency and food safety.

The "elephants," such as the U.S. trade deficit with Mexico and rules of origin, will determine the success of the trade treaty's renegotiation, he said. Rules of origin specify the percentage of components in a product that must be from the three NAFTA nations for it to qualify as duty free.

"This challenge of resolving two or three un-traditional topics at the trade negotiation tables is what is going to determine if, at the end of the day, we're going to have an agreement or not," Guajardo said in a Forbes Mexico talk.

In addition, Guajardo added that as many as 13 other chapters would also be tough to negotiate.

Asked by journalists if Mexico would accept national content rules that would require a portion of products to be made in the United States, the minister said the topic had yet to reach the negotiating table.

"We would analyze it, but I believe as of today there is no trade agreement that contains this type of clause," he said.

Guajardo reiterated that Mexico was ready to modernize the agreement, which U.S. President Donald Trump has threatened to scrap, and to find solutions with the United States and Canada.