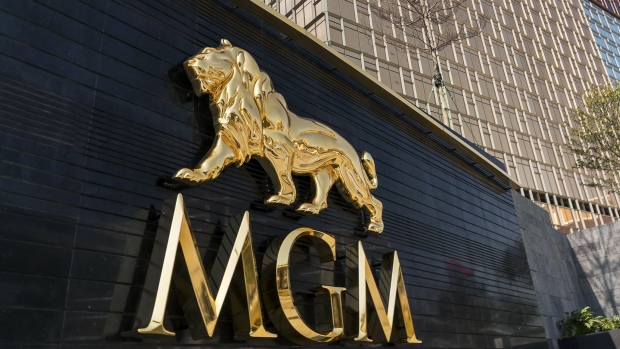 (Bloomberg) -- MGM Resorts International is weighing ways to get control of the BetMGM online gambling business now that its partner in the venture, Entain Plc, has received a takeover bid, people with knowledge of the matter said.

That puts BetMGM in play as well. MGM Resorts, a Las Vegas-based casino operator, is a 50/50 partner in the business with Entain, and its agreement with the U.K. betting house includes the power to block any deal with a competing business, like DraftKings.

Management of MGM Resorts believes that gives them leverage to gain control of BetMGM without spending a great deal of cash, said the people, who asked not to be identified discussing private deliberations. MGM is unlikely to bid again for all of Entain or try to buy out the other half of the venture, one of the people said.

Instead, the company is considering other ways to gain control, such as obtaining a majority of the board seats or seeking to take BetMGM public, the people said. Such an arrangement could involve licensing technology from a combined DraftKings and Entain, one person said.

“MGM’s priority is to ensure that BetMGM continues to capture the growing U.S. online opportunity and realizing MGM’s vision of becoming a premier global gaming entertainment company,” the company said Tuesday in a statement. “MGM believes that having control of the BetMGM joint venture is an important step towards achieving its strategic objectives.”

Sports betting has exploded in the U.S. since 2018, when the U.S. Supreme Court struck down a law prohibiting it outside of Nevada.

After an initial slow start, BetMGM has emerged as a significant player, with projected revenue of more than $1 billion next year, the company has said in investor presentations. In June, it was the third-largest operator in sports betting in the U.S., after FanDuel and DraftKings, and No. 1 in online casino games, according to the research firm Eilers & Krejcik.