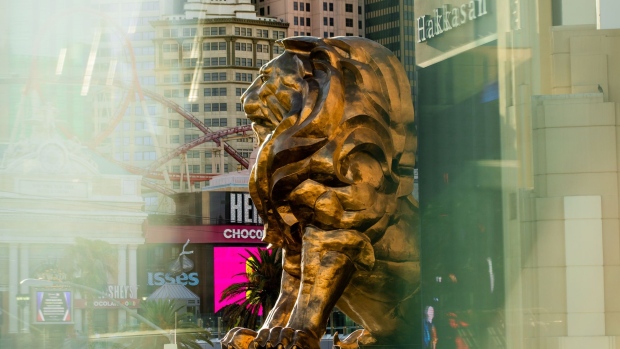 (Bloomberg) -- Game developer Playstudios Inc. is in talks with a special purpose acquisition company, joining a stampede of businesses that are leaning on SPACs to go public, according to people familiar with the matter.

Playstudios is discussing a deal with Acies Acquisition Corp., a SPAC that counts former MGM Resorts International Chief Executive Officer Jim Murren as its chairman, said the people, who asked not to be identified because the deliberations are private.

The transaction is set to value the combined entity at $1 billion or more and could be announced in coming weeks, one of the people said. As with all deals that aren’t yet finalized, it’s possible that terms change or talks could fall apart.

Playstudios, which makes gambling-themed games such as myVegas Slots and myVegas Blackjack, is backed by casino giant MGM. Users of its playAwards loyalty program can redeem points at more than a dozen MGM properties, including the Bellagio, Aria, MGM Grand, Luxor and Mandalay Bay. The rewards are good for free rooms, meals and other perks.

In October, Acies raised about $215 million in an initial public offering and set out looking for a merger target. SPACs like Acies -- also known as “blank-check companies” -- pool cash and then strike deals with businesses looking to go public without the uncertainty of an IPO.

“We are excited at the prospect of forming a long-term partnership with an exceptional management team in the experiential entertainment industry,” the SPAC’s co-CEOs, Morgan Stanley veterans Dan Fetters and Edward King, said at the time.

Acies already has ties with the merger target. Andrew Pascal, the CEO of Playstudios, is a co-founder and adviser to Acies. The longtime casino-industry executive previously served as president of the Wynn Las Vegas resort. (Elaine Wynn, the ex-wife of Steve Wynn, is his aunt.)

Pascal co-founded Playstudios in 2011, in what was the early days of social casino games. The industry uses free-to-play titles that let players win points exchangeable for more play or real-world items.

The market has been growing fast, particularly during the coronavirus lockdown. Earlier this month, market leader Platika Holding Corp. went public in a deal that valued the business at more than $11 billion.

Revenue in the social casino market rose 24% to $7 billion worldwide last year, according to Eilers & Krejcik Gaming LLC, a research firm. Playstudios ranked eighth, with revenue of about $274 million.

Murren has a noncompete agreement with MGM that precludes him from entering into businesses related to “gaming facilities” that expires March 22.