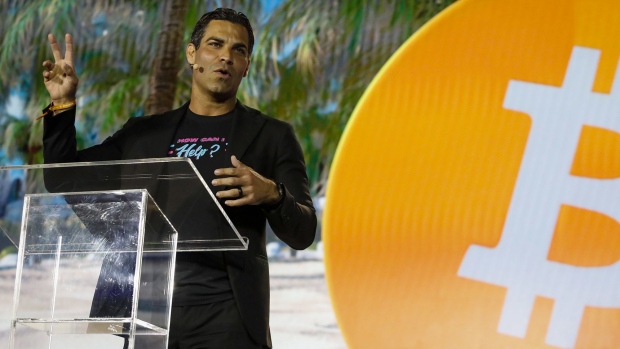 Miami Mayor Francis Suarez said it’s “a major priority” for the city to be able to pay government employees in Bitcoin. “I want us to differentiate ourselves as a crypto capital of the United States or of the world,” Suarez said Tuesday in an interview with Bloomberg Technology’s Emily Chang.

Miami will issue a request for proposal this month to help create that payment mechanism, and to let city residents pay fees -- and potentially even taxes  -- in Bitcoin.

In Febuary, Suarez brought a broader proposal before city commissioners to allow Miami to invest its own funds in Bitcoin, but Florida statutes don’t currently allow local governments to hold such volatile assets. Suarez parried a question about whether he was lobbying Tallahassee for a change.

“If we would’ve been able to hold it from the moment that I put the resolution on our agenda, it’d be up by 30 or 40 per cent, so I would’ve looked like a genius back then,” he said. “But that’s the way it works.” In reality, Bitcoin increased about 20 per cent since Suarez’s February proposal.