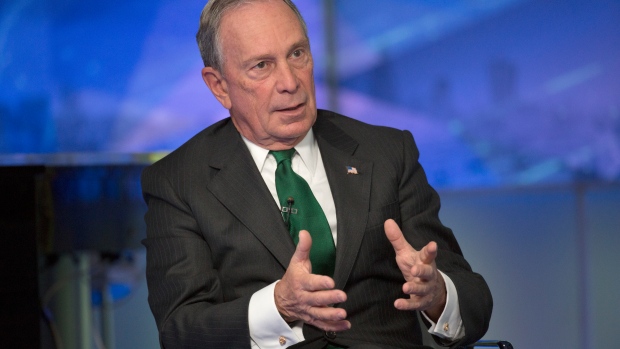 Former New York City Mayor Michael R. Bloomberg is once again considering a run for president in 2020, with an adviser saying he is concerned that the current crop of Democratic contenders will not be able to defeat President Donald Trump.

Bloomberg, 77, had considered a run earlier this year but decided not to run and instead support Democratic efforts to regain control in Washington. Now he is open once again to running against Trump himself.

Bloomberg is the founder and majority owner of Bloomberg LP, the parent company of Bloomberg News, which is a partner of BNN Bloomberg.

“We now need to finish the job and ensure that Trump is defeated – but Mike is increasingly concerned that the current field of candidates is not well positioned to do that,” said Bloomberg adviser Howard Wolfson in a statement. Wolfson said Bloomberg would run on his record of serving as mayor of the nation’s largest city, building his own company and contributing to global causes through his philanthropic activities.

“Based on his record of accomplishment, leadership and his ability to bring people together to drive change, Mike would be able to take the fight to Trump and win,” Wolfson said.

News reports said Bloomberg is expected to file candidate paperwork this week in Alabama, where the filing deadline is Friday. Several other states, including New Hampshire, have filing deadlines as early as next week.

“He’s not going to do well, I think he’s going to hurt Biden actually,” Trump told reporters at the White House. “There’s nobody I’d rather run against than little Michael.”

Bloomberg’s possible entry into the race comes as the Democratic field is coalescing around four candidates, none of whom has a clear path to victory.

Biden entered as the front-runner, but has lagged in raising money and at 76, has faced questions about his age, verbal gaffes and other out-of-step comments. Elizabeth Warren, 70, and Bernie Sanders, 78 and recovering from a heart attack, are avowed foes of Wall Street and the wealthy, and have sparked concerns that their policies pull the party too far to the left. And Pete Buttigieg, 37, the mayor of South Bend, Indiana, is rising in popularity, but faces questions about his youth and lack of political experience.

Warren tweeted “Welcome to the race,” and suggested that Bloomberg consult her wealth-tax calculator for billionaires.

On Friday, Biden also said he welcomed Bloomberg to the race. “Michael is a solid guy, and let’s see where it goes,” Biden told reproters in Concord, New Hampshire. He added that he isn’t worried about his own standing in the race: “Last polls I looked at I’m pretty far ahead.”