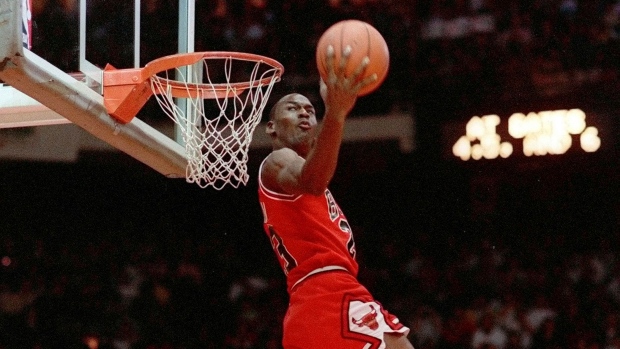 A game-worn pair of Nike sneakers from Michael Jordan’s glory days sold for a record US$560,000 — almost four times the initial estimate for the autographed shoes, Sotheby’s said.

Bidding for the “Air Jordan 1s,” custom-made for the Hall of Famer in sizes 13 and 13 1/2 in the Chicago Bulls colours, started more than a week ago in New York. The auction house earlier estimated they would fetch as much as US$150,000.

Sotheby’s held an earlier record for sneakers at auction with US$437,500 paid for Nike’s “Moon Shoe” last year.

The “Air Jordan 1s” came from the collection of Jordan Geller, a collector and founder of the Shoezeum, the world’s first sneaker museum, Sotheby’s said.

Jordan is once again the most famous basketball player in the world following the release of “The Last Dance,” an ESPN documentary series. The 10-part series chronicle focuses on his career and how the Chicago Bulls chased their sixth NBA championship during the 1997-98 season. Each week, about 6 million viewers have tuned in to see the show.