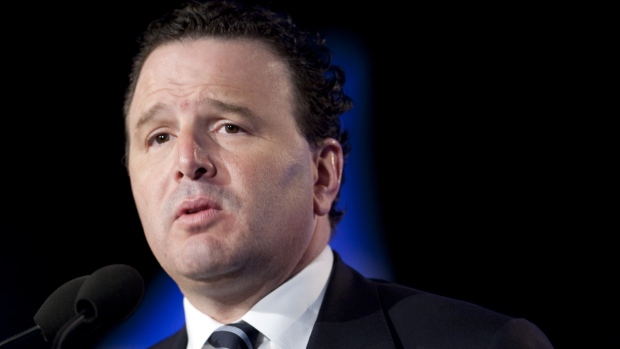 From breaking into an elite cabal of Saudi Arabian advisers, to being called to work on what could be one of the largest-ever mining takeovers, Michael Klein is making his mark as one of the world’s top dealmakers.

The former star Citigroup Inc. investment banker is advising Barrick Gold Corp. on its hostile US$17.8 billion offer for Newmont Mining Corp. in a deal that would create world’s largest gold producer. The only other bank working with Barrick on the transaction is an arm of Canadian Imperial Bank of Commerce, meaning Klein won’t have to share his fees with other large U.S. or European investment banks.

Advisers on Barrick’s side stand to split US$50 million to US$55 million in fees, according to estimates from Freeman Consulting Services. Newmont’s banks may get up to US$65 million.

One of the keys to the 55-year-old’s success is his talent for winning repeat business. Klein previously advised Barrick on its US$5.4 billion purchase of Randgold Resources Ltd., which closed in January.

Klein, who opened his own shop in 2008, is also a close adviser to Saudi Arabia. He was hired to help the kingdom’s Public Investment Fund, which aims to control more than US$2 trillion by 2030, with its global investment strategy and financing plans. He’s also shown up as an adviser to Saudi Arabian Mining Co., the country’s biggest metals producer, as it scouts for potential deals.

Klein is not alone in a list of star bankers who are taking business away from the big banks by leveraging the relationships they built while working at the lenders. A 16-person boutique run by ex-Goldman Sachs Group Inc. rainmaker Gordon Dyal helped Bristol-Myers Squibb Co. prepare its US$74 billion acquisition of Celgene Corp. earlier this year. In the U.K., Robey Warshaw LLP, founded by former Morgan Stanley and UBS Group AG bankers Simon Robey and Simon Warshaw are financial advisers to some of the country’s largest companies.