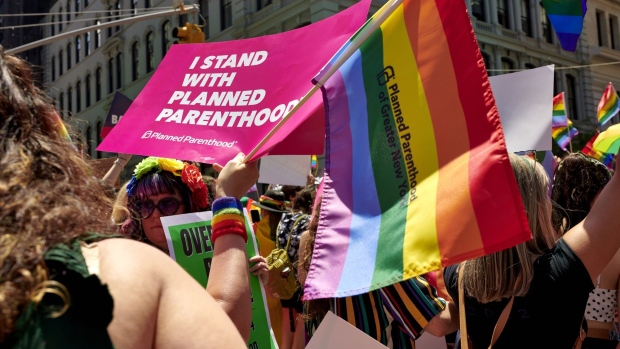 (Bloomberg) -- Michigan Attorney General Dana Nessel, a pioneer in the US fight for marriage equality, warned that same-sex couples may be next to lose rights after the nation’s top court overturned the landmark Roe V. Wade decision.

“It’s going to do even more damage to the United States Supreme Court. Nobody is going to respect their rulings,” Nessel, a Democrat, told reporters after speaking on the steps of the state capitol in Lansing at a Pride rally Sunday. “I don’t know that people respect their rulings right now because everyone sees it as being so hyper-political. And there was a time that the United States Supreme Court was just not viewed as simply a partisan tool.”

As a private attorney in 2014, Nessel successfully argued before the state supreme court that a law banning same-sex marriage was unconstitutional. That case, DeBoer v. Snyder, was eventually combined with others and appealed to the US Supreme Court as Obergefell v. Hodges, which legalized same-sex marriage nationwide.