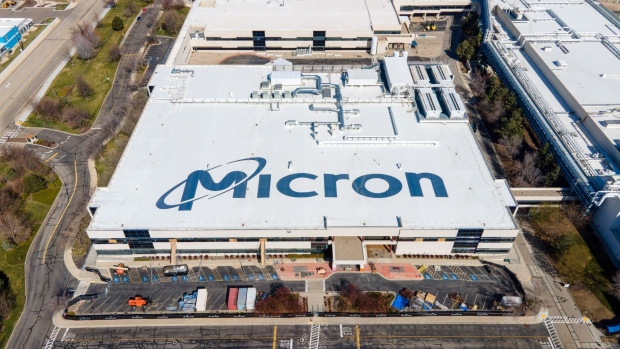 (Bloomberg) -- Micron Technology Inc. shares gained early Monday as the semiconductor maker could wind up benefiting from higher prices for DRAM memory products after an earthquake in Taiwan affected production.

A magnitude 6.2 earthquake struck 21 kilometers (13 miles) South Southeast of Yilan, Taiwan, on Sunday, according to the USGS. No deaths were reported, but buildings swayed, transportation was disrupted, and a woman was injured by falling rocks, the Associated Press reported.

Micron said in a statement that the earthquake had an impact on production at its facilities in the northern Taiwanese city of Taoyuan. The company is still evaluating the impact and is “determining the appropriate steps to return to full production.”

“Any meaningful production hit would most certainly lead to a much more tight supply environment and could pull in a DRAM pricing inflection sooner than current consensus expectations” of the first half of next year, C.J. Muse, an analyst at Evercore ISI, wrote in a note to investors.

The stock gained about 4% as the market opened in New York.