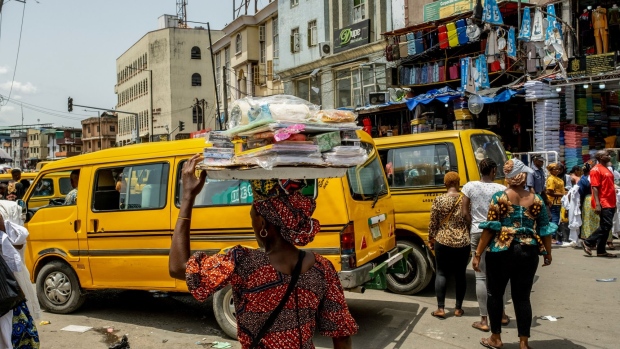 Microplastics have recently been detected in the drinking water of Lagos, Nigeria. , Bloomberg

(Bloomberg) -- Microplastics are now widely present in the drinking water of Lagos, the largest city in Nigeria, a newly published study finds.

The tiny particles and flakes, produced when plastic is disposed of improperly and breaks down, seep into the environment where they can be ingested by animals and humans. Recently, researchers detected microplastics in human blood for the first time.

Each year, the world produces upwards of 400 million tons of plastic waste, according to the United Nations. The World Health Organization issued a report in 2019 saying that microplastics were “ubiquitous,” but that not enough was known about what long-term exposure would mean for human health.

“We urgently need to know more about the health impact of microplastics because they are everywhere—including in our drinking water,” Maria Neira, director of the WHO’s Department of Public Health, Environment and Social Determinants of Health, said at the time.

The study, conducted by researchers from the China University of Petroleum and Covenant University in Nigeria, didn’t investigate the health effects of microplastics. But it was the first to look for them in boreholes in the Lagos area, finding they were “abundant” in the water and sediment in all of the boreholes they sampled.

About 90% of the roughly 20 million residents of Lagos get their drinking water from boreholes, as they are considered less polluted than surface creeks and lagoons. This water is delivered untreated and commonly stored in tanks above people’s homes. The researchers noted that microplastics don’t degrade and if plastic pollution continues, it “will result in increased accumulation in the borehole drinking water with time.”

In the report, published in Environmental Toxicology & Chemistry, the authors suggest the government should police industrial sources of pollution more diligently. Researching microplastics in water is difficult, they note, because of the lack of a standard way to measure contamination. “It is essential to develop general criteria for sampling and reporting on microplastics” for further research, they conclude.