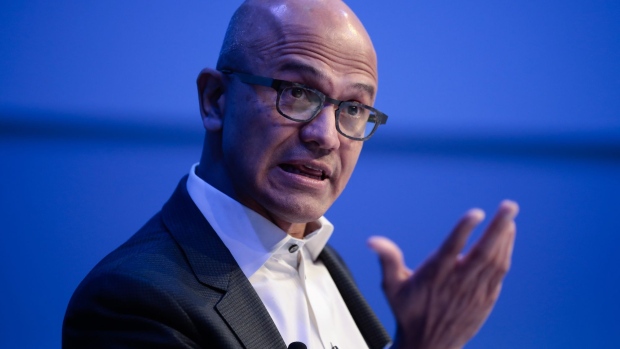 The CEO reflected on the potential deal at the Code Conference in Beverly Hills, California, on Monday. The transaction fell through last year, and Nadella says he’s happy with “what I have” when asked about more potential acquisitions.

Microsoft had been prepared to spend tens of billions of dollars to acquire the U.S. assets of TikTok, the viral video-sharing app heavily used by young people. But ByteDance chose to pursue a rival TikTok bid from a group led by Oracle Corp. -- a deal that also failed to materialize.

The takeover frenzy stemmed from a move by President Donald Trump, who tried to ban TikTok from operating in the country, arguing that the Chinese-owned company posed national-security threats. In June, President Joe Biden decided to not to pursue the Trump-era ban.