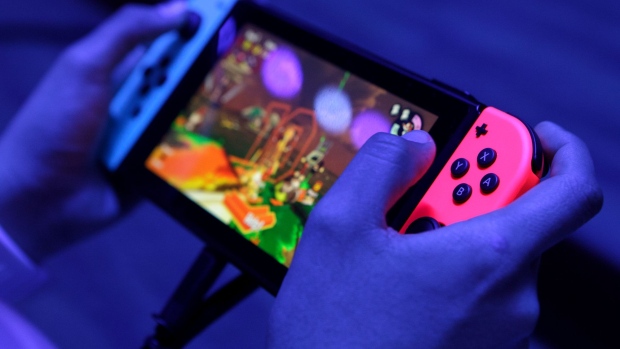 (Bloomberg) -- For gamers, the annual E3 video game showcase in Los Angeles is usually like Christmas in summertime. While this year's digital-only festivities will be far more muted, the industry is readying a raft of new releases aimed at building on a pandemic-fueled boom.

Ubisoft Entertainment SA plans to showcase a new Far Cry game and reveal future content for the recent blockbuster Assassin’s Creed Valhalla. Microsoft Corp. will lay out what’s next in store for the Xbox console, including updates on Halo Infinite, and Nintendo Co. will reveal titles coming to its Switch portable gaming device this year. Fans will be on the lookout for the “megatons” — unexpected, exciting news about devices or games that will be the talk of the show.Industry giants have spent months preparing for the event, producing trailers and demos designed to make an impact on a viewership that’s expected to be in the millions. Video games were one of the runaway success stories of the pandemic as people hunkered down at home and whiled away lockdown hours tending to their islands on Animal Crossing, ousting imposters in Among Us or surviving the zombie outbreak in The Last of Us Part II. Revenue from video games soared 20% in 2020 to nearly $180 billion, according to market intelligence firm IDC.  As the global economy begins to open up and people are venturing off their couches more, the big gaming companies will use the opportunity next week  to ensure those pandemic habits prove hard to break. They’ll face a higher bar in this unusual year. The global event, which drew more than 66,000 people in 2019, was cancelled in 2020 during the Covid-19 outbreak and will return online only this year from June 12-15. All of the conferences will be pre-recorded, allowing game companies to avoid potentially embarrassing flubs, but also sacrificing the energy of  a live crowd and the raucous applause that usually accompanies announcements at big-name presentations. Fans and developers won’t be able to mingle, trade ideas or play new games. And, since some games have already been pushed back this year, such as Sony’s God of War and Warner Bros.’ Hogwarts Legacy, publishers may be hesitant to show games they know may not see the light of day until 2022 or beyond.  This year’s show “may be a little disappointing” in comparison to previous events, Bloomberg Intelligence analyst Matthew Kanterman wrote in a recent note, but “it could still help solidify our view that the gaming sector can build on 2020's outsized growth and sustain expansion from a larger user and spending base.”

Ubisoft kicks off E3 this year on Saturday. The French publisher made headlines last year amid allegations of widespread sexual misconduct. Attendees will watch to see if the company addresses the ongoing controversy during its presentation or decides to focus exclusively on  upcoming games. In one sign of the effects of the pandemic, Ubisoft said Monday it’s changing the name of a planned upcoming game called Rainbow Six Quarantine to Rainbow Six Extraction.

On Sunday, Microsoft will hold its annual Xbox showcase. The centerpiece will be Halo Infinite, which was originally planned to launch alongside the new Xbox Series X last November but was delayed indefinitely. Microsoft is also expected to give updates on titles such as Psychonauts 2 coming to its Xbox Game Pass subscription service.

This will be Microsoft’s first showcase since purchasing ZeniMax Media Inc., the parent company of video game publisher Bethesda Softworks, so player expectations are high. Microsoft is expected to detail upcoming games from Bethesda including the hotly anticipated Starfield, a sci-fi role-playing game. The publisher plans to announce a specific release date for Starfield, which is scheduled for late 2022, according to people familiar with the announcement.

Nintendo will take the spotlight on June 15.  Fans expect to see new entries in series like Metroid and The Legend of Zelda, which celebrates its 35th anniversary this year. The most anticipated game in Nintendo’s library is a sequel to 2017’s beloved The Legend of Zelda: Breath of the Wild, which is expected to be at the show. Nintendo also plans to release an upgraded version of the Switch this fall, Bloomberg reported, although the company has said its E3 showcase will mainly focus on software so the new hardware may not be present.

Other companies showcasing at this year’s E3 include Square Enix Holdings Co., which will reveal a new game based on Marvel’s Guardians of the Galaxy comic book franchise, and Take-Two Interactive Software Inc. , which will unveil a new spinoff game in the Borderlands universe. Publishers such as Capcom Co. and Bandai Namco Entertainment Inc. will also be on hand with new reveals.

Not all the action will take place at E3 this year. Some big-name game companies don’t participate in E3, including Sony Corp., Electronic Arts Inc. and Activision Blizzard Inc., though EA has said it’s holding its own show in July. And a rival show, called Summer Games Fest and led by video game personality Geoff Keighley, will kick off on Thursday. Although Summer Games Fest isn’t as well-known as E3, Keighley has a reputation for planning events full of game reveals and may have “megatons” of his own that surprise and delight fans.