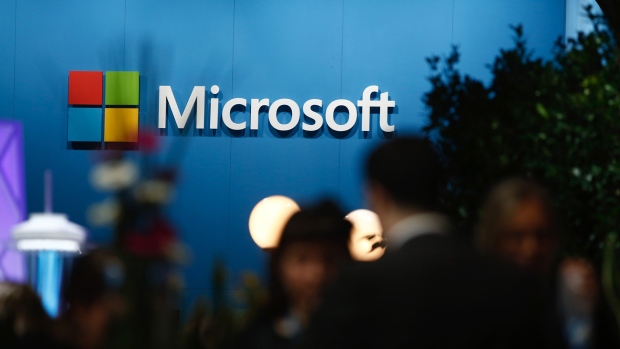 Microsoft Corp. and Wells Fargo & Co., which have both pledged to double their ranks of Black leaders, received letters from the U.S. Labor Department asking how their efforts comply with laws limiting the consideration of race in employment.

Microsoft, whose contracts with the U.S. government subject it to certain rules, said Tuesday it’s confident that its diversity pledges are legal. The company said in June that it would double the number of Black and African American managers, senior contributors and senior leaders in the U.S. by 2025.

Wells Fargo confirmed it received an inquiry about its diversity efforts from the Labor Department’s Office of Federal Contract Compliance Programs. Earlier this year, the bank rolled out a series of goals including a five-year target for doubling its roster of Black leaders, who accounted for six per cent of senior management at the time.

“Wells Fargo is committed to and taking action to become a more diverse and inclusive company,” the bank said Tuesday in a statement. “Numerous efforts are underway to implement changes at all levels of the company, and we are confident that they comply with U.S. employment laws.”

At Microsoft, the government’s questions have focused on whether its program “could constitute unlawful discrimination on the basis of race, which would violate Title VII of the Civil Rights Act,” Microsoft General Counsel Dev Stahlkopf wrote in a blog post. “We have every confidence that Microsoft’s diversity initiative complies fully with all U.S. employment laws. We look forward to providing the OFCCP with this information and, if necessary, defending our approach.” Black workers held less than 3% of positions in executive and management job categories as of last year, according to its annual diversity and inclusion report.

The federal outreach to Microsoft is an example of the Trump administration’s opposition to many programs meant to fight discrimination against the Black community and improve the poor track record of many U.S. companies in hiring, retaining and promoting Black employees. On Sept. 28, OFCCP announced it had created telephone and email hotlines for employees to report “offensive and anti-American race and sex stereotyping and scapegoating,” as part of the enforcement of a recent executive order from President Donald Trump banning federal contractors from conducting “divisive” trainings. Trump’s order labels as divisive concepts including the idea that “the United States is fundamentally racist or sexist” or that an individual “bears responsibility for actions committed in the past by other members of the same race or sex.”

In September, after Princeton University’s president wrote in an announcement about the school’s anti-racism efforts that “racism and the damage it does to people of color nevertheless persist at Princeton as in our society,” the U.S. Department of Education announced it was opening an investigation of the university. “You admitted Princeton’s educational program is and for decades has been racist,” an assistant secretary of education wrote in a letter to the president. The assistant secretary said the university’s “admitted racism” meant it may have been knowingly lying when it provided nondiscrimination assurances to the U.S. government as part of its participation in federal programs.

Other companies, including some with federal contracts, have announced similar diversity programs. Google aims to have 30 per cent more leaders from "underrepresented groups" by 2025, and Boeing Co. has said it is targeting increasing the representation rate of Black employees by 20 per cent while boosting other underrepresented groups over the next three years.

A Labor Department spokesperson said OFCCP “looks forward to working with Microsoft” to complete its inquiry. The agency “appreciates Microsoft’s assurance on its website that it is not engaging in racial preferences or quotas in seeking to reach its affirmative action and outreach goals,” the department said in a statement.

“It just seems like a perversion of everything this agency is supposed to be about,” said Samuel Bagenstos, who served in the U.S. Department of Justice's Civil Rights Division under President Barack Obama. OFCCP “was set up to enforce affirmative action among federal contractors,” he said. Microsoft’s action to address its lack of Black leaders “is the kind of thing that, in prior administrations, the Department of Labor had been telling federal contractors they should be doing,” said Bagenstos, a law professor at the University of Michigan.

Microsoft said the letter suggested that the diversity initiative “appears to imply that employment action may be taken on the basis of race” and asked  the software maker to prove that its actions are not illegal race-based decisions, Stahlkopf  wrote.

“We are clear that the law prohibits us from discriminating on the basis of race,” she wrote. “We also have affirmative obligations as a company that serve the federal government to continue to increase the diversity of our workforce, and we take those obligations very seriously. We have decades of experience and know full well how to appropriately create opportunities for people without taking away opportunities from others.”

Separately, the same agency last month settled with Microsoft over allegations of race discrimination in hiring in an agreement that saw the software maker pay US$3 million. Audits of several Microsoft locations across the U.S. found that the technology company’s hiring practices resulted in “a statistically significant disparity” against minority applicants, the OFCCP said in a conciliation agreement dated Sept. 4.

--With assistance from Jeff Green and Paige Smith.