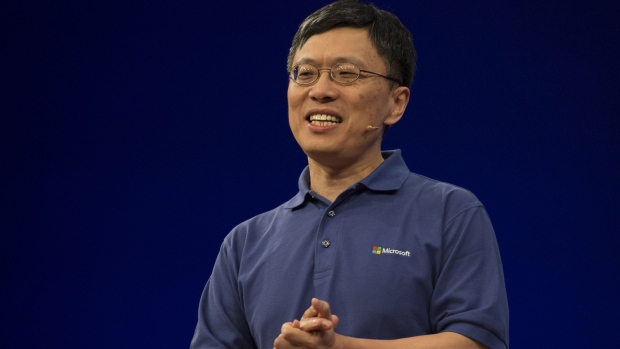 Shum, a 23-year Microsoft veteran with a doctorate in robotics, was one of the founding members of Microsoft’s research lab in Beijing and also ran Bing search engine product development. He plans to depart Feb. 1, and then will be an adviser to Chief Executive Officer Satya Nadella and co-founder Bill Gates, Microsoft said Wednesday in a statement.

“Harry has had a profound impact on Microsoft,” Nadella said in the statement. “His contributions in the fields of computer science and AI leave a legacy and a strong foundation for future innovation.”

Scott was senior vice president of engineering and operations at LinkedIn before that company was acquired by Microsoft.

Microsoft and Shum didn’t give details on his future plans once he leaves the company. Executives and researchers with artificial intelligence expertise remain in high demand as U.S. technology companies invest to expand the use of AI and outpace rivals. China’s government and industry also have targeted the technology as an area in which they are seeking a leadership role.