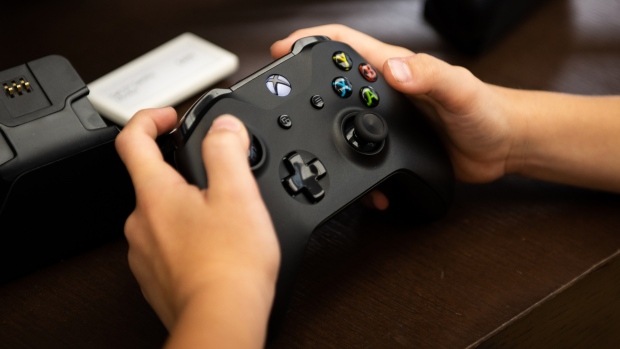 A customer holds a Microsoft Corp. XBox One game controller at the company's flagship store in New York, U.S., on Saturday, July 14, 2018. , Bloomberg

The next-generation Xbox game console finally has a price and release date: The Series X will be out Nov. 10 for US$499.99, Microsoft Corp. said on Wednesday.

The device, which Microsoft calls “the world’s most powerful console,” will support 4K graphics and feature a solid-state drive, allowing for faster loading times than previous video-game hardware.

On Monday, following a leak, Microsoft announced that its lower-priced model, the Xbox Series S, will be US$299.99. That console, which is all-digital and less powerful than the Xbox Series X, will also go on sale Nov. 10.

Microsoft had planned to release Halo Infinite, the next installment in the multibillion-dollar Halo game franchise, alongside both consoles, but it instead delayed the game last month due in part to challenges of working from home during the pandemic.

Microsoft’s biggest gaming competitor, Sony Corp., hasn’t yet revealed a price or release date for its upcoming PlayStation 5. Sony has sold more than 110 million units of its last console, the PlayStation 4. Microsoft doesn’t disclose how many Xbox consoles it’s sold.