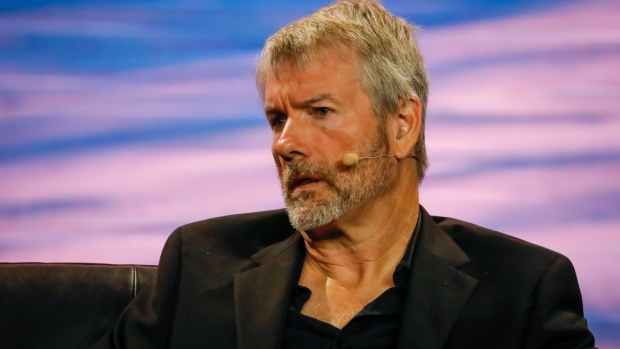 (Bloomberg) -- Michael Saylor’s Bitcoin-backed tech firm MicroStrategy Inc. bought another 480 coins worth about $10 million at the height of the crypto market collapse.

The firm purchased the coins between May 3 and June 28 for about $20,817 each, according to paperwork filed with the US Securities and Exchange Commission Wednesday.

Bitcoin was trading close to $38,000 on May 3, hovering at about $20,000 from June 14 until June 28, implying the bulk of MicroStrategy’s purchases would have taken place over these last two weeks.

The acquisition represents MicroStrategy’s smallest Bitcoin buy in over a year. Its most recent purchase was nearly 90 days ago, on April 5, representing the longest stretch between purchases since the company embarked on its Bitcoin buying strategy. It has made nearly two dozen acquisitions over the last two years.

The Tysons Corner, Virginia-based enterprise software maker is expected to reveal a significant financial hit when it releases its second quarter 10-Q this summer, given its enormous exposure to the bellweather token, which has more than halved in value this year.

Still, CEO Saylor is bullish on the future of Bitcoin and said the firm is well-positioned for when the markets turn around, in a July 17 interview with Bloomberg. He has also been a consistent Bitcoin advocate on his Twitter account.

Meanwhile, companies like Block Inc. (formerly Square) and Tesla Inc. that have invested in Bitcoin also face potential losses this quarter, while the recent selloffs in Bitcoin and its peers could deter others from investing in the digital-asset space.