MicroStrategy Inc. may need to post additional collateral for a Bitcoin-backed loan as the price of the world’s largest cryptocurrency tests a key price level of US$21,000 flagged by the company.

The software firm controlled by Bitcoin advocate Michael Saylor had used its vast Bitcoin holdings to secure a US$205 million loan in March to buy even more cryptocurrency. But as the value of that collateral initially worth around US$820 million falls to about half that, the company may need to provide more capital to back the loan. 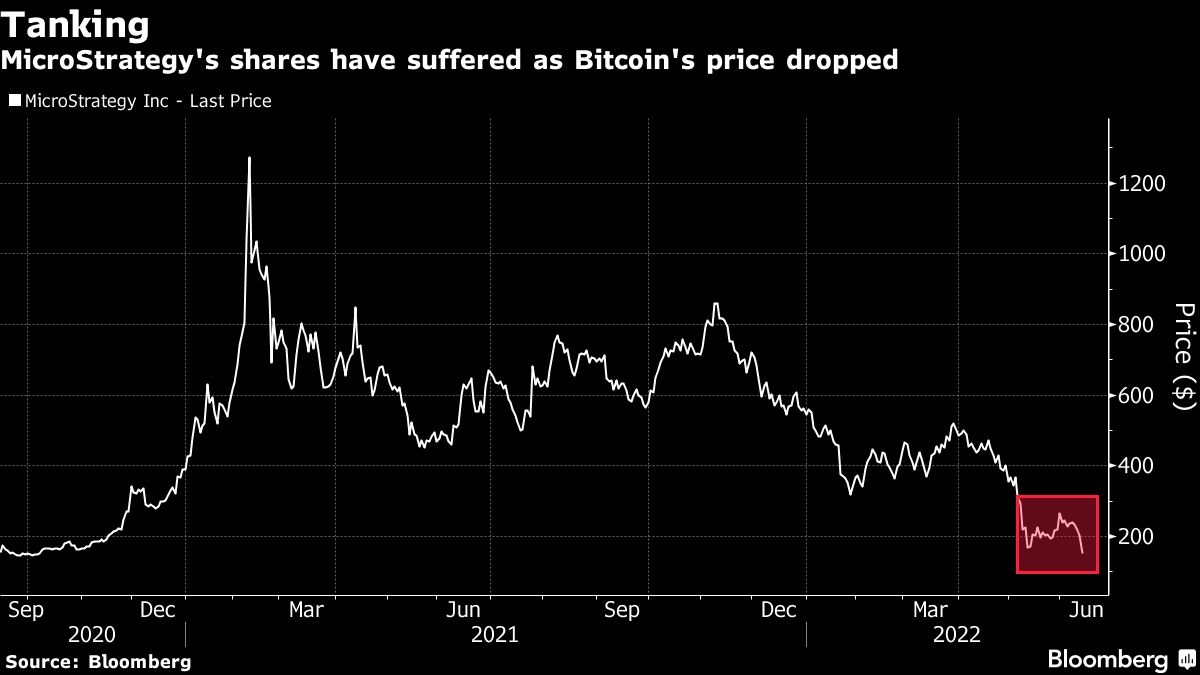 MicroStrategy has become closely linked with Bitcoin, after it was one of the first major companies to buy the tokens for its corporate treasury, effectively making its stock a proxy for the cryptocurrency. Saylor, the company’s chief executive officer, frequently touts crypto on social media and at conferences -- including a tweet on Monday amid the selloff saying “In #Bitcoin We Trust.”

But the firm’s bet in the token has backfired as of late with paper losses on the firm’s digital holdings approaching US$1 billion, after it paid nearly US$4 billion to amass about 130,000 Bitcoins over the last two years, according to a company filing.

A MicroStrategy spokesman didn’t immediately respond to an email sent outside regular office hours. In May, Phong Le, MicroStrategy’s president, said on a call Bitcoin would need to reach around US$21,000 before the company would have a margin call. But that before it got to that level, the company could “contribute more Bitcoin to the collateral package, so it never gets there.”

A BTIG analyst said concerns about a margin call were overblown as about 96,000 of the company’s tokens are still available for MicroStrategy to post as additional collateral.

Shares of MicroStrategy were modestly higher Tuesday, following a 25 per cent plunge to the lowest level since 2020 on Monday. Bitcoin traded at roughly US$22,000 after falling as low as US$20,800 earlier in the day.