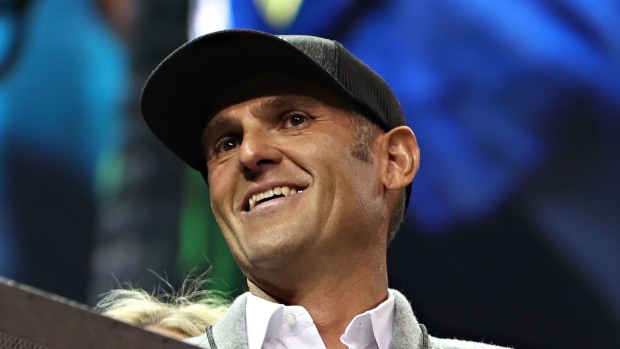 (Bloomberg) -- Egon Durban, one of the top tech investors in the gilded world of private equity, has found himself at the center of a resurgence in dealmaking in the industry.

When Elon Musk decided to make a play for Twitter Inc., one of his first calls was to Durban, a longtime friend who sits on the social networking firm’s board. Durban is also a director of VMware Inc., which announced Thursday it’s being bought by chipmaker Broadcom Inc. in one of the biggest-ever takeovers of a tech company.

Durban’s deep connections with billionaires ranging from Musk to Michael Dell have ensured his rapid rise at Silver Lake, the investment firm he helps lead, and given him a front-row seat for the latest series of megadeals. All in, Silver Lake and major portfolio firms have been involved in more than $120 billion of deals during the last 12 months, according to data compiled by Bloomberg.

Silver Lake has plowed money over the past year into everything from Alphabet’s self-driving car venture to data mining company Splunk. Durban has a long history with Twitter, helping broker peace talks with an activist investor in 2020 and agreeing to buy a $1 billion stake in the firm.

He was also one of the main architects of Dell’s landmark $24 billion leveraged buyout in 2013 of the personal computer maker he founded. The plain-spoken Durban grew up in Texas, studying finance at Georgetown University before working as an investment banker at Morgan Stanley. He joined Silver Lake in 1999 as a founding principal and has watched its assets balloon to around $90 billion.

In recent years, he’s helped push Silver Lake beyond its original tech focus to seal transactions in adjacent areas like media and sports. The firm invested in Hollywood talent agency company Endeavor Group Holdings Inc., where Musk was briefly a board member, as well as the owner of the New York Knicks basketball team. It also has a stake in City Football Group Ltd., which controls professional clubs from Manchester to Melbourne.

There have also been missteps. Durban worked directly with Musk on his ill-fated plan to take Tesla Inc. private in 2018, which eventually collapsed and led to a shareholder lawsuit.

And the Silver Lake executive got a rare public rebuke on Wednesday, when he failed to get enough votes to be re-elected to Twitter’s board at the company’s annual shareholder meeting. Advisory firm Institutional Shareholders Services Inc. had recommended against Durban’s re-election because he serves on too many other boards.