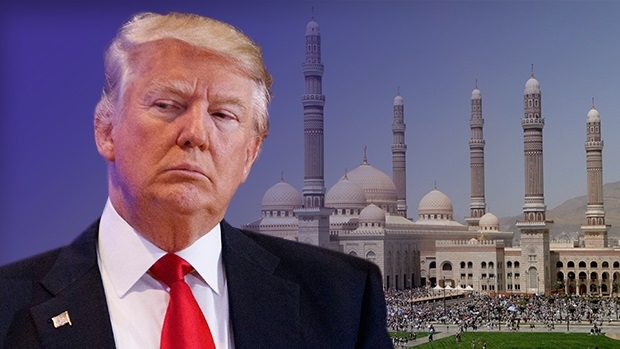 As Donald Trump prepares to become the 45th President of the United States, the Middle East is preparing for U.S. leadership that could be unprecedented in its unpredictability, says a geo-political analyst.

“Donald Trump is sort of an unorthodox politician and he has everyone guessing what they [the Trump administration] are going to do,” said Kamran Bokhari, Senior Fellow at the Centre for Global Policy, during an interview on BNN’s Weekly with Andrew McCreath.

“He’s inheriting the same landscape that Obama was dealing with,” said Bokhari, but added the region is experiencing growing political disorder with no clear indication of President-elect Trump’s Mideast strategy.

From the ongoing bloody conflict in Syria, the fight against ISIS and heightened tensions between Saudi Arabia, Yemen and Iran, there is no shortage of challenges facing the Middle East or the incoming Trump administration.

While on the campaign trail, then candidate Trump gave few details about how he would approach many of these issues, often referring to the Middle East as a distraction. But when it came to handling ISIS, Trump repeatedly vowed to crush the Islamic State “quickly.” Bokhari says the region will be waiting to see what action Trump will take once he begins his term.

“He has pledged that he will destroy ISIS and he has to make good to some extent on that,” said Bokhari.

Bokhari, the co-author of ‘Political Islam in the Age of Democratization’, says he is skeptical that any action taken will lead to a quick end to the extremist group. He also believes the fight against ISIS has not been as successful as some political leaders – and even some media – have recently suggested.

“We’re going to be well into 2017 before we really, really make a dent into ISIS,” he said.

And that leads to what Bokhari believes will be another challenge for the incoming Trump Administration because any progress made in dealing with ISIS will likely have to involve cooperating with Iran. But tensions between the Trump camp and Tehran are already rising, even before the president-elect begins his term.

During his campaign, Trump had repeatedly taken a tough line with the Mideast country, vowing to scrap the nuclear deal reached with the Obama administration in 2015.

Trump also warned that any Iranian naval boats that approached U.S. ships in a hostile manner would be shot out of the water, apparently referring to recent encounters between U.S. and Iranian ships in the Persian Gulf.

But Bokhari says it’s important to separate the tough rhetoric spoken during the campaign with the realities of leadership. And he believes there is room for cooperation because Iran remains a key piece in the puzzle to solve the ISIS threat.

“At the end of the day, I don’t think Donald Trump is going to go to war if that’s what people are believing.”