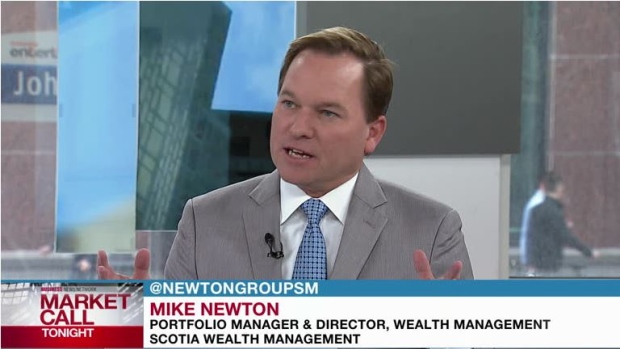 Investors need to make some tough decisions right now – a Hobson’s choice if you will. They can continue to overweight the crowded trades driving the current market or go bargain hunting in some of the beat up areas of the market. The markets are in a fundamentally good place. The U.S. economy remains on track for steady, if not spectacular growth this year while corporate earnings are surprising on the upside. This argues for continuing to hold a proportion of your assets in some of the crowded trades that are still “working.” However there is a caveat - I would advise brushing up on your exit strategies in the event that disappointment suddenly arrives. Clearly the biggest concern right now is valuation. But to find decent valuations one has to look in the poorly performing sectors – retail and energy come to mind, which may be setting up for some stabilization and possible opportunity. I would not be against wading into that space down here but would be cautious.

If you are positive on global economic growth for the next 2-to-3 years, based on valuations, emerging market equities may represent better opportunities than U.S. equities. At present, emerging markets are well positioned to attract global investors’ attention by offering high yields with solid macroeconomic fundamentals. Their more favourable demographic backdrop along with room for further technological convergence will provide potential tailwinds. This Vanguard product is listed in Canadian dollars and has a reported management fee of 0.23 per cent. Top exposures are China (28 per cent), Taiwan (16 per cent), India (12 per cent), and Brazil (9 per cent). China’s exports surged in March in a potential sign of strengthening global demand. Recent data showed exports increasing 16.4 per cent in March compared with a year earlier.

Chinese imports also strengthened, rising 20.3 per cent. Part of the rise in imports came from oil, as China topped the United States as the world’s largest overseas buyer.

So far this year shares are down 30 per cent making them the worst performer in the S&P 500. And that comes after they fell 28 per cent in 2016.The sportswear maker has recently succumbed to fickle fashion trends and changing shopper habits. After two consecutive disappointing earnings reports we had a surprise earning report this week and shares reacted favourably. As a result I am taking a contrarian view and nibbling at shares down here. Under Armour’s debt-adjusted market value of 1.8 times forward sales projections is at its lowest since 2010 and below both that of Adidas and Nike. Relative to those industry giants, UA also has plenty of room to grow in overseas markets. Also, a recent deal with department store operator Kohl's could mark the start of expanding sales beyond its athlete-only market. And who knows – maybe some M&A may be ahead for this battered fashion retailer.

Although Starbucks' same-store sales growth has been sluggish of late, and shares have for the most part been consolidating sideways, Starbucks shares have been holding up remarkably well in what has turned out to be one of the most challenging retail environments since the last economic recession. Last quarter, we learned of difficulties stores were experiencing with customer congestion as a result of a surge in mobile ordering. A great problem to have – no? I expect SBUX to regain momentum with the launch of suggestive selling and increased personalized mobile marketing. I also expect positive developments around their non-core coffee business. Lots of cold beverage success and Teavana expansion news over the late spring and summer months will support shares. Lastly, there is an expected launch of a Chase Visa Debit Card with My Starbucks Rewards in 2018 which should be