Millennials may not be the “Great Generation,” but they’re the largest group of Americans in the labour force, with the power to reshape industries. So where do they like to live?

They’re attracted to cities with high wages, high home prices and an overall high cost of living that are already popular with those in their age bracket, according to a new study of U.S. census data conducted by insurance agency Haven Life. 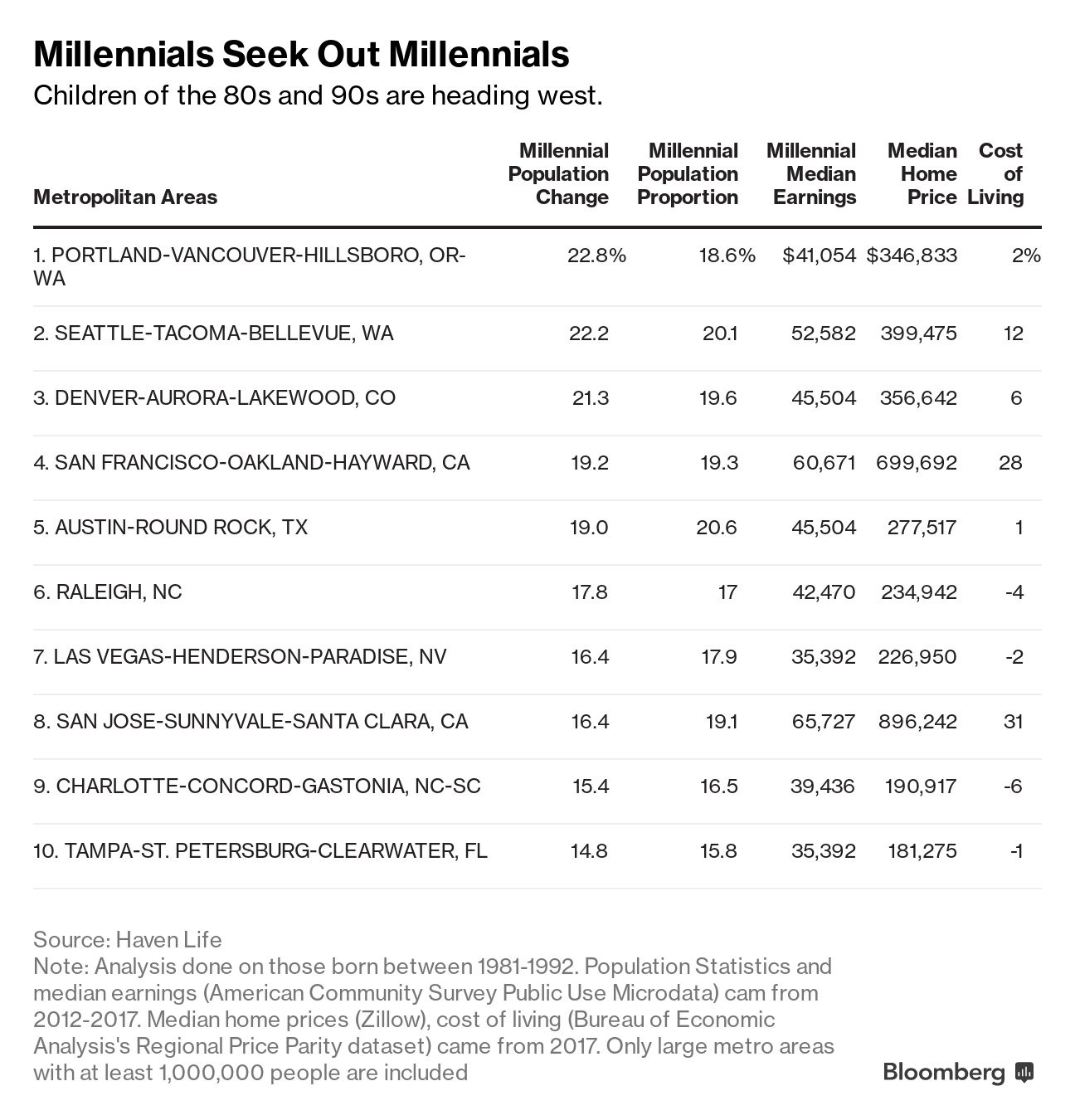 The Pacific Northwest, with its natural beauty and legal marijuana, pulled in the top two spots. Millennials account for about a fifth of both the greater Portland and Seattle metropolitan areas, Haven Life found. The region is home to the top four healthiest cities in the U.S., with Seattle and Portland coming in second and fourth, respectively, according to a recent WalletHub study.

Other cities did not fare as well with millennials. Their ranks decreased 13.3 per cent in Tucson, Arizona, and more than five per cent in both the Virginia Beach, Virginia, area and Rochester, New York.

For the purpose of the study, millennials were defined as those born between 1981-1992, excluding those born between 1993-1996 because they were still teenagers. Population and salary information was collected from the Census Bureau data between 2012 and 2017. Data on median home prices came from Zillow, and cost of living data came from the Bureau of Economic Analysis’s Regional Price Parity dataset.