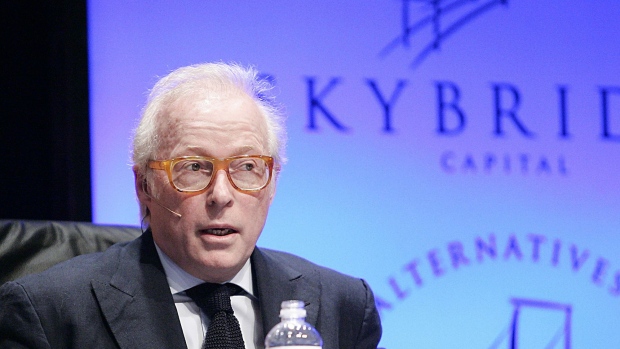 Israel "Izzy" Englander, chairman and chief executive officer of Millennium Management LLC, speaks during the SkyBridge Alternatives (SALT) conference in Las Vegas, Nevada, U.S., on Wednesday, May 11, 2011. Speakers and attendees from around the world will discuss current global issues as well as investment ideas and strategies within the context of a changing economic environment. , Bloomberg via Getty Images

(Bloomberg) -- Izzy Englander’s Millennium Management is returning another $15 billion to investors at year-end, completing its plan to lock up client capital for longer.

The money is coming from a share class that can be redeemed in full over a year, according to people who asked not to be identified because the move hasn’t been announced publicly. Millennium returned the same amount to investors last year in a transition that has been underway since 2018.

Clients now have the option of re-investing the money in a share class that allows them to withdraw 5% each quarter, extending the full redemption period to five years. Historically, many of them chose to make that conversion, persuaded by the firm’s steady returns over the past three decades.

Millennium, with about $58 billion under management, has been exploring ways to lock up cash for longer during the past decade, and began to extend the redemption period four years ago. Its executives see more stable capital as a key tool to attract and retain investment professionals as well as giving the business leeway to make internal investments, such as technology upgrades.

A spokesman for New York-based Millennium declined to comment.

The flagship hedge fund climbed 9.7% this year through September, the people said.