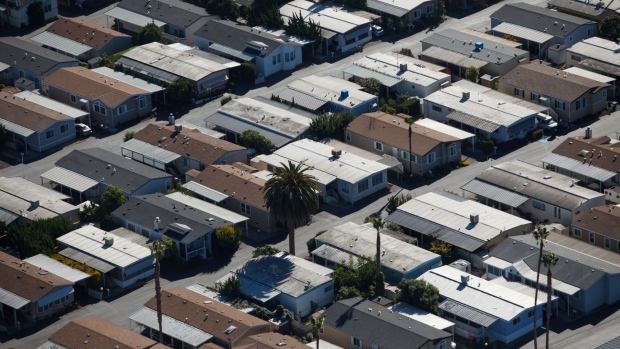 Millions of Americans expect to face eviction by the end of this year, adding to the suffering inflicted by the coronavirus pandemic raging across the U.S.

About 5.8 million adults say they are somewhat to very likely to face eviction or foreclosure in the next two months, according to a survey completed Nov. 9 by the U.S. Census Bureau. That accounts for a third of the 17.8 million adults in households that are behind on rent or mortgage payments.

The CARES Act, signed into law last March, allows homeowners to pause mortgage payments for up to a year if they experience hardship as a result of the pandemic. Borrowers who signed up at the start of the program could face foreclosure by March. 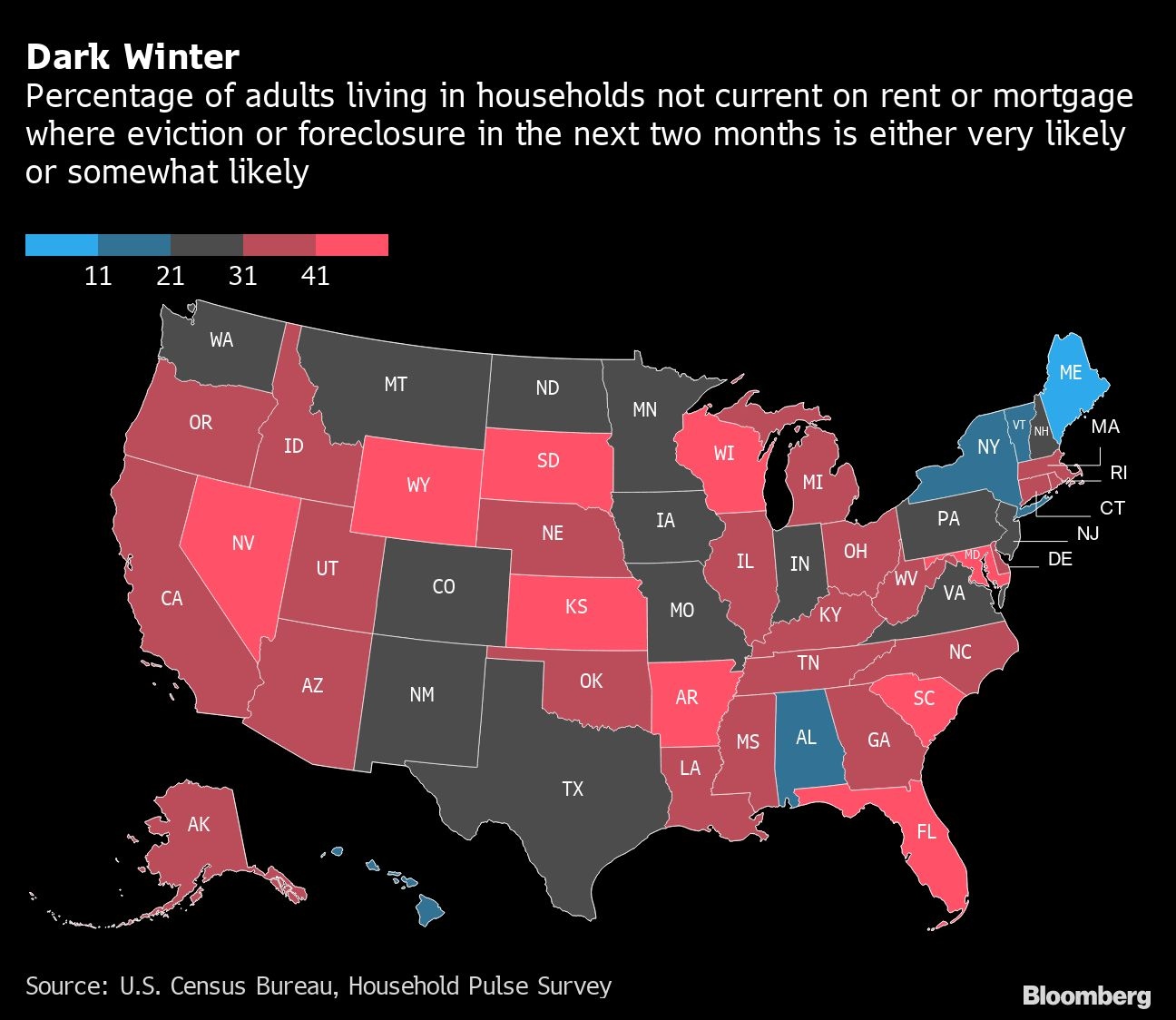 The Centers for Disease Control and Prevention’s nationwide temporary suspension on evictions -- aimed at stemming the spread of coronavirus -- is slated to end Dec. 31. The timing is far from ideal given millions of people are also set to lose their unemployment benefits at year-end without an extension from Congress.

Roughly half of households not current on their rent or mortgage payments in Arkansas, Florida and Nevada think there’s a “strong chance” of eviction by early January. This equates to more than 750,000 homes where an eviction is the biggest worry, according to the survey.

By metro area, the threat of eviction is most pressing in New York City, Houston and Atlanta.

Coronavirus, which has killed more than 256,000 Americans so far, is on track to claim another 30,000 lives by mid-December, according to forecasts from the CDC. The model shows weekly cases and deaths both rising every week for the next month, the maximum range of the agency’s projection.

President-elect Joe Biden in March expressed his support for rent freezes and eviction moratoriums due to the Covid-19 pandemic.