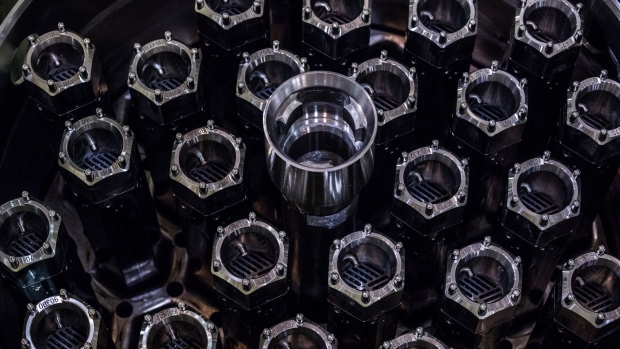 (Bloomberg) -- A new generation of smaller atomic reactors, designed to tout nuclear power’s role as a clean-energy alternative, may also come with an outsized waste problem that could send costs surging.

Small-modular reactors, known as SMRs, could produce as much as two to 30-times more waste than conventional atomic power plants in operation today, according to scientists including Allison Macfarlane, the former chairman of the U.S. Nuclear Regulatory Commission, in research published Monday by the U.S. Proceedings of the National Academy of Sciences.

SMRs have drawn billions of dollars of support from countries and investors including Bill Gates and Warren Buffett. There are more than 70 designs in different stages of development worldwide with some vendors predicting commercialization by the end of this decade. Unlike today’s giant reactors that can generate a gigawatt of electricity, SMRs are being designed to produce less than a third of that energy and work with intermittent solar and wind power.

“Small modular reactors have garnered attention because of claims of inherent safety features and reduced cost,” wrote the authors of the research. But the higher volumes of “SMR waste will need to be treated, conditioned, and appropriately packaged prior to geological disposal. These processes will introduce significant costs.”

The findings are a reality check for one of the most-hyped technologies that nuclear advocates hope will turn the industry around. In recent decades, atomic capacity has declined in western economies as old reactors have been shuttered without new ones being built to replace them.

Because it’s such a new technology, little research has been done on the nuclear waste produced from SMRs. Disposing of radioactive material after it’s used has always been a critical hurdle for the nuclear industry as it remains dangerous for thousands of years and has to be stored in specialized depots.

Modularizing reactors so that components can be built in a factory could cut the cost and time needed to construct an atomic power station, which can take at least a decade and run into tens of billions of dollars. Those downsides are major reasons why zero-carbon nuclear power has been in decline even as countries ramp up commitments to cut greenhouse gas emissions. The study focused on three kinds of SMRs, those cooled by water, molten salt and sodium and compared them to pressurized water reactors, the world’s most common kind of large-scale nuclear technology.

In addition to producing more waste than large plants, the study found that small modular reactors also create waste that is more difficult and costly to treat and store.