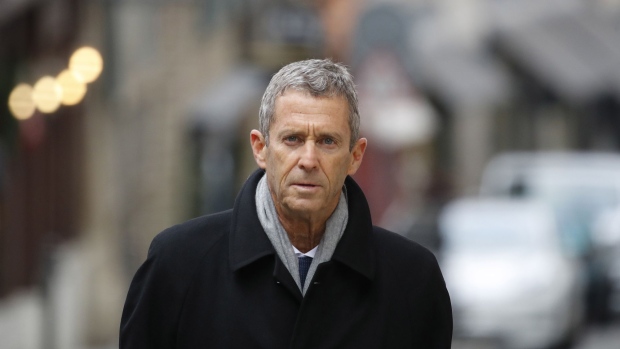 (Bloomberg) -- Beny Steinmetz, the Israeli mining billionaire convicted of bribery in January by a Swiss court, was arrested by Greek police last month when the private jet he was on landed at Athens airport.

Steinmetz was detained on Nov. 24 on an international arrest warrant but released 24 hours later on condition he didn’t leave Greece, according to Romanian authorities. His arrest, coordinated by Greece and Romania following his conviction in a separate case in Bucharest last year, was reported earlier on Thursday by AFP.

Steinmetz was sentenced in January at the beginning of the year by a Geneva judge to five years in prison for paying bribes to secure the rights to the Simandou mine in Guinea, the world’s richest untapped iron-ore deposit.

Marc Bonnant, Steinmetz’s lawyer at the time of his conviction, said he’d appeal the verdict because his client never took part in a bribery pact and the court didn’t properly consider the “fragility” of the testimony against him. Daniel Kinzer, Steinmetz’s new lawyer, is in court Thursday and wasn’t immediately available to comment.

Within hours of his Swiss sentencing Steinmetz was allowed to return to Israel  due to a quirk of Swiss law. To encourage him to testify, his lawyers received court assurances before the trial that he would not be detained.

The Israeli was sentenced in absentia to five years in prison by the Romanian Supreme Court for his role in an illegal property scheme with a local businessmen in the capital Bucharest.