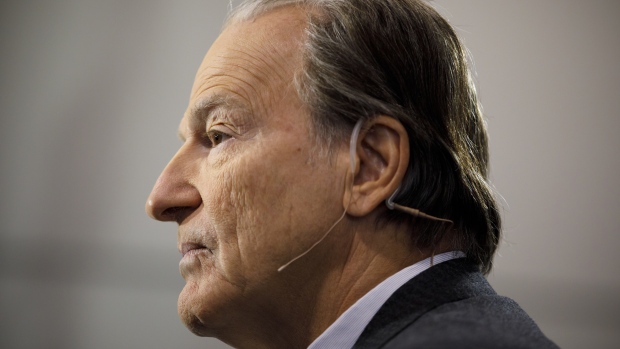 TORONTO - Franco-Nevada Corp. (FNV:CT) has announced plans for a change in leadership at the gold-focused mining investment firm.

The Toronto-based company says its CEO, David Harquail, who's served in the role since 2007, will become the non-executive chairman of its board of directors as of next May's annual general meeting.

Paul Brink, current president and chief operating officer, will step into the role of CEO at next year's AGM.

Pierre Lassonde, who co-founded an earlier iteration of the company with Seymour Schulich in the early 1980s, will step down from his role as non-executive chairman of the board and be appointed chairman emeritus.

The company has also appointed Elliott Pew as a director, and added Jennifer Maki as a director at its last AGM in May.

Franco-Nevada invests in mining projects for a right to a share of future revenues in what's known as mine royalties or streaming deals. The company has a market capitalization of about $23.7 billion on the Toronto Stock Exchange.