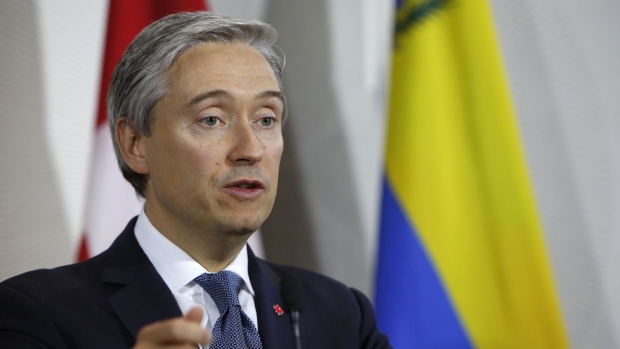 Foreign Minister Francois-Philippe Champagne said Beijing’s approval of a resolution allowing the disqualification of insufficiently loyal lawmakers in the former British colony represents a “further assault” on its freedoms and autonomy. Four members of Hong Kong’s legislature were immediately banished.

“We are deeply disappointed that China has chosen to break its international obligations,” Champagne said in a statement Wednesday. “Canada will continue to stand with the people of Hong Kong.”

Relations between Canada and China descended into their darkest period ever after the 2018 arrest of a top Huawei Technologies Co. Ltd. executive in Vancouver on a U.S. extradition request. Beijing locked up two Canadians and halted billions of dollars in agricultural imports in the months that followed.

Helping secure the release of the two men was one of the subjects Trudeau discussed with Joe Biden when he became the first foreign leader to call the U.S. president-elect this week.

The Canadian leader drew a sharp rebuke from Beijing last month when he vowed to stand up to China’s “coercive diplomacy.” The incident marred the 50th anniversary of diplomatic relations between the two countries, established by Trudeau’s late father, former Prime Minister Pierre Elliott Trudeau.