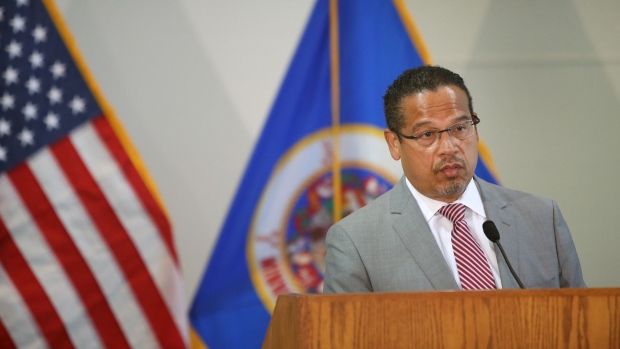 Exxon Mobil Corp. and Koch Industries withheld for decades information they had about the impact of fossil fuels on climate change, Minnesota Attorney General Keith Ellison said in announcing a consumer protection lawsuit against the companies.

The suit, which also names the American Petroleum Institute, alleges the three violated the state’s Consumer Fraud Act by issuing misleading statements about global warming and engaging in a 30-year “campaign of deception” even though they understood the threat as early as the 1950s.

“They didn’t just not tell the truth,” Ellison said at a news conference livestreamed on Twitter Wednesday. “They actually misled you.”

Minnesota is the first Midwestern state to get in on the climate liability fight and the first plaintiff in the recent wave of climate cases to take aim at Koch Industries and the American Petroleum Institute.

The state’s case comes as Massachusetts Attorney General Maura Healey pursues similar consumer protection claims against fossil fuel companies and as local governments across the country seek to force the industry to pay up for infrastructure damage linked to climate change. Rhode Island also has a suit against Exxon and its peers.

Many of the cases have been snarled in procedural battles for years, but several courts have recently given the green light for state and local governments to pursue their claims. Lawyers for Exxon, BP Plc and other companies are pushing the U.S. Supreme Court to step in to block the litigation.