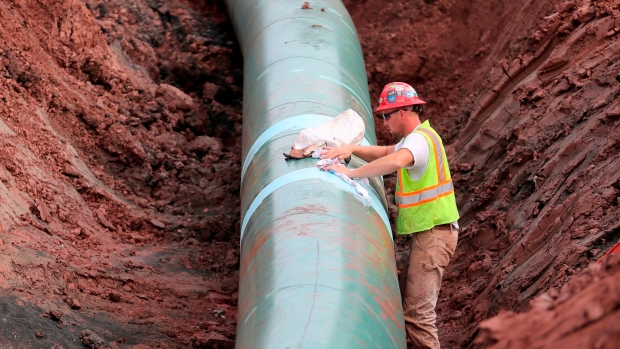 The Red Lake and White Earth Bands of Chippewa filed a motion late Wednesday asking the Minnesota Public Utilities Commission to stay its approval of the $2.6 billion project. They argue construction would put locals at increased risk of coronavirus infections as workers move into the area.

The bands and other pipeline opponents have sued and protested to try to block the project, and an appeal by the state Commerce Department is pending. They want the PUC to halt the project while that legal challenge plays out.

The pipeline project took a step forward on Monday when the U.S. Army Corps of Engineers approved the final federal permit needed. The Public Utilities Commission has already approved the project several times, but still needs to give construction a final green light.

Enbridge says the pipeline replacement will provide a safer way to transport the oil to Midwest refineries while creating 4,200 construction jobs and generating millions of dollars in local spending and tax revenues.

Opponents say the project threatens spills in pristine waters where Native Americans harvest wild rice and that the Canadian tar sands oil it would carry would aggravate climate change.