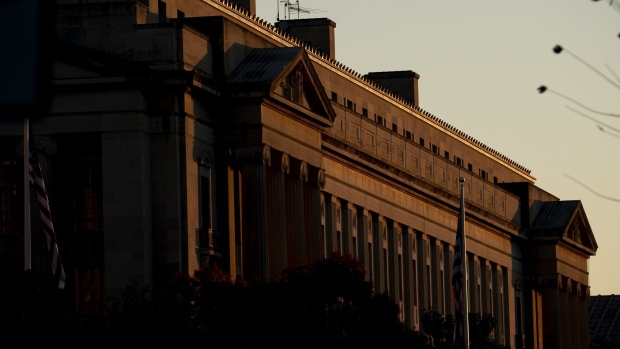 The Department of Justice building in Washington, D.C., U.S., on Thursday, Nov. 18, 2021. The House Budget chair this week said that he urged the House Speaker and other party leaders to act quickly to raise the federal debt ceiling after the Treasury said a default is possible after Dec. 15. , Bloomberg

(Bloomberg) -- U.S. prosecutors will likely urge a judge to drop an indictment against an MIT professor charged a year ago with receiving federal grant money but failing to disclose his ties to China, according to people familiar with the matter.

The reversal in the case of Gang Chen, a nanotechnology expert at the Massachusetts Institute of Technology, comes as the Justice Department is reviewing its policy of investigating and prosecuting cases of economic espionage intended to benefit China.

That program, launched in 2018, resulted in dozens of prosecutions for hacking, data and trade secret theft and concealing ties to the Chinese government. But last year, the U.S. dropped several cases and a judge ordered an acquittal because of law enforcement errors and prosecutorial overzealousness.

“Professor Chen has been living with this case for a year now and he continues to be eager to clear his name and put this matter behind him,” defense attorneys Robert Fisher and Brian Kelly said in a statement.

Chen, a naturalized U.S. citizen from China, was indicted last January. The U.S. alleged he defrauded the Department of Energy by receiving a grant but making “false statements and material omissions” about his “professional experience, activities, sources of support, and awards” involving China.

Chen failed to disclose that he advised several Chinese entities, according to the indictment. A recent review by the Department of Energy led to doubts about sustaining the case, said one of the people, who wasn’t authorized to discuss a confidential matter.

U.S. District Judge Patti Saris must approve a request to drop the case.

A spokesperson for the U.S. Attorney’s Office in Boston declined to comment. Prosecutors and defense lawyers wanted to push back a trial deadline because “they are discussing legal issues pertinent to the case,” according to a court filing in the case on Tuesday.

A spokesman for the Justice Department didn’t comment on the Chen case but said: “Consistent with the Attorney General’s direction, the Department is reviewing our approach to countering threats posed by the PRC government. We anticipate completing the review and providing additional information in the coming weeks.”