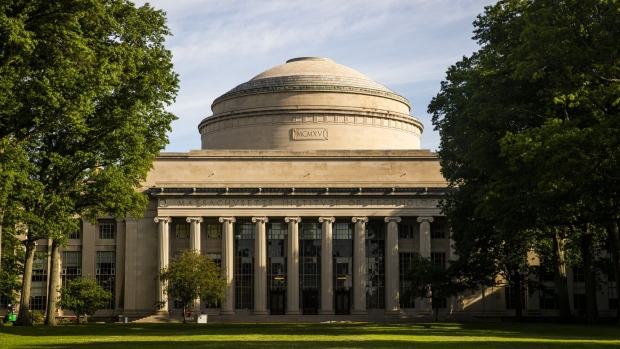 The Great Dome on Killian Court at the Massachusetts Institute of Technology (MIT) campus in Cambridge, Massachusetts. , Bloomberg

(Bloomberg) -- Alumni of the Massachusetts Institute of Technology are the graduates best positioned to find a job as the global economy roars back and employers look to fill open positions.

For the third year, MIT landed a perfect score on the QS Graduate Employability Rankings, retaining its title as the best alma mater to have when looking for a job. In a list led by American institutions, the school was trailed by Stanford University and the University of California at Los Angeles, which received nearly-perfect scores in the ranking list cited for 2022.

Harvard University maintained its position in fifth place, with Australia’s University of Sydney ranking highest among school outside the U.S. at No. 4.

Compiled by the London-based higher-education analytics firm QS Quacquarelli Symonds, the rankings take into account employer reputation, alumni outcomes, employer-student connections, partnerships with employers and the graduate employment rate. It has been published annually starting with 2018 rankings. There was no publication for 2021, when the pandemic left many college graduates unemployed.

Earlier this year, QS had ranked the MIT the world’s top university for a 10th year in a row -- also giving it a perfect score. Oxford and Stanford completed the top 3.