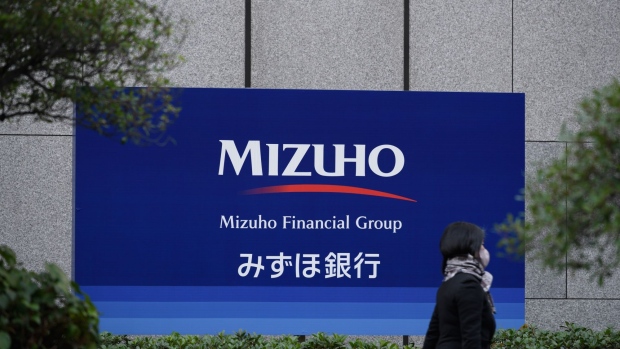 Bonds of Consus Real Estate AG stood to gain as the property developer merged with two other companies to form one of Germany’s largest landlords, according to the May 2020 note to clients. What the document didn’t say, even in the disclosure of potential conflicts of interest, was that Mizuho’s top European credit trader, Claus Jorgensen, was on the board of one of the firms in the three-way deal, Adler Real Estate.

“There was no need for any such disclosure to be made,” Mizuho said in a letter from its lawyers. The firm had removed trading restrictions on Consus bonds after a review that considered factors including that Adler didn’t yet have a controlling stake in Consus, according to the letter.

It wasn’t the only time Jorgensen’s group pitched bonds in companies linked to Adler Group SA, the real estate giant that was formed through that deal last year and on whose board Jorgensen still sits. Mizuho’s credit desk internally recommended bonds in Aggregate Holdings SA, the biggest investor in Consus and now Adler Group’s biggest shareholder, according to emails seen by Bloomberg News. On at least one occasion in 2019, Jorgensen himself pitched Consus bonds to a client, according to a person familiar with the matter.

While the bonds have since been repaid, other debt linked to Adler Group is now tanking and investors are raising questions. The company has come under attack from short sellers including Fraser Perring’s Viceroy Research, who accused it of undisclosed related-party transactions to prop up its balance sheet. The allegations, which Adler has rejected, have sent its stock and bonds -- and those of Aggregate -- into a tailspin. The company, Perring’s firm says, was “built on systemic dishonesty.”

“Mizuho International has an established conflict of interest management policy which was adhered to,” a spokeswoman for the bank said. “Based on our understanding of the evolving corporate structure of the Adler Group and Mr. Jorgensen’s directorship, we consider that restrictions were in place at all relevant times.”

Jorgensen joined the supervisory board of Adler Real Estate in 2018. At the time, he was employed at Fairwater Capital, an alternative investment firm focusing on credit and real estate, and one of the biggest investors in Adler Real Estate.

Aggregate, the private holding company of Guenther Walcher, an Austrian financier informally advised by real estate tycoon Cevdet Caner, was a major investor in the Fairwater European Real Estate Opportunities Fund, according to its 2019 financial statement. Fairwater in turn was one of the largest investors in Aggregate-backed Adler Group until last week, when it exited almost all of its more than 5% stake.

While it’s not unusual for fund managers to sit on the board of companies in which they make substantial investments, that’s not the case for traders at banks, where they are subject to multiple restrictions to avoid conflicts of interest. For instance, traders are typically separated by firewalls from the advisory business to prevent leakage of insider information.

Mizuho signed off Jorgensen’s board role when he joined in 2019 and restricted him from trading debt of Adler Real Estate, people familiar with the matter said.

Adler Real Estate started dealmaking in September 2019, agreeing to buy ADO Group, owner of a large stake in Berlin landlord ADO Properties. That purchase closed three months later, and days after that, ADO Properties announced its intention to buy Adler Real Estate, its new shareholder, and a stake in Consus. At that point, Mizuho added restrictions on Consus, Aggregate and ADO.

Mizuho soon reviewed the restrictions it had placed on Aggregate and Consus trading, and removed them in January 2020, as the merger was in full swing. The company considered that the relevant information was in the public domain and Adler had no controlling interest in either Aggregate or Consus, according to the bank’s lawyers. Jorgensen’s board role was disclosed on his LinkedIn page and on the websites of Adler Real Estate and later Adler Group, they said.

Jorgensen’s team recommended the debt on several occasions in May. Bonds of Aggregate were trading as low as 64 cents on the euro in March 2020, and rose to around 93 cents as the deal moved toward completion. Bonds of Consus and Aggregate continued to trade at or around face value until September of this year, when Adler Group became a bigger target of short sellers. Aggregate’s bonds have since fallen to their lowest price on record, with the 600 million-euro bond due November 2025 quoted at 53.8 cents on the euro on Wednesday.

“There was nothing untoward about the May Recommendations,” the company’s lawyers wrote. “It was only to professional clients, who are well versed in these types of securities and desk analysis.”

Jorgensen also pitched Consus debt to a hedge fund client during a phone call in late 2019, before the deal was announced, according to a person with knowledge of the conversation. The client wasn’t told about Jorgensen’s board role at Adler Real Estate at the time, the person said, asking for anonymity because the call was private.

Mizuho said there were no trading restrictions on Consus debt until Jorgensen alerted the firm’s compliance department of the deal proposal on Dec. 13, 2020, after which it added the restrictions on Consus, ADO and Aggregate securities. On Dec. 15, 2020, ADO announced it was merging with Adler and had bought a 22% stake in Consus and an option to acquire an additional 51% controlling stake.

Mizuho reinstated the restrictions on debt of Aggregate and Consus when the three-way deal was completed and Jorgensen joined the board of new-formed Adler Group in September of last year. It did so “because it was recognised that there could be a conflict of interest caused” by Jorgensen’s board role, the bank’s lawyers said.

“In his personal capacity, Claus Jorgensen presently sits on the board of Adler Group SA,” Mizuho’s spokeswoman said. “This role is independent of his responsibilities at Mizuho International.”