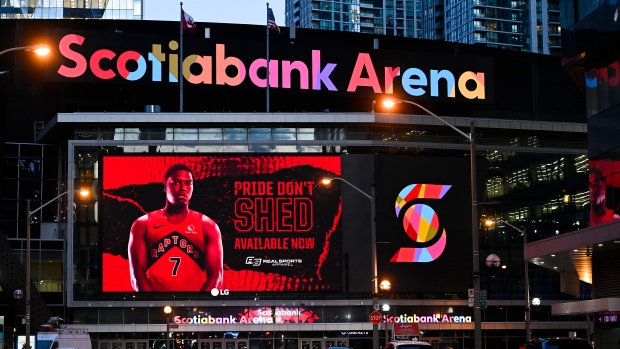 Maple Leaf Sports & Entertainment Ltd. is adjusting its workforce and extending cuts to executive pay amid the ongoing business uncertainty tied to COVID-19.

Employees were informed Monday that up to 25 per cent of full-time staff are being moved to temporary inactive status. The company has also extended reductions in senior management and executive salaries, effective Jan. 1, 2021.

"These past nine months have been the most challenging we have ever experienced, and while we had hoped to see signs of a return to a more normal business operations by now, the effects of the second wave of the pandemic have forced us to brace for further uncertainty," said Michael Friisdahl, president and CEO of MLSE, in a statement to BNN Bloomberg.

"Our focus has been on doing everything possible to protect our employees and support our community, fans, and partners while mitigating the financial impact of the pandemic. As difficult as this time has been, we know that the strength of our company, teams and our community will allow us to return stronger than ever.”

MLSE said employees placed on temporary inactive status will remain on the company’s payroll at a reduced salary, retain their benefits and pension and maintain their access to all corporate communication tools.

The duration of these changes will be based on MLSE's ability to return to normal business operations, the company said.

Staff were informed of the personnel changes earlier Monday afternoon, according to two sources.