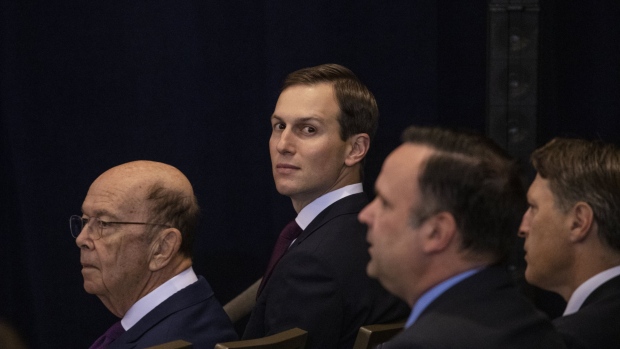 They plan to stop first in Israel, according to people familiar with the matter. They’re departing this weekend and will be joined by Brian Hook, a U.S. State Department special representative for Iran.

The investment forum, called the Future Investment Initiative, is a the three-day confab, known as “Davos in the Desert.” Held in Riyadh Oct. 29 to 31, the meeting is set to attract some of Wall Street’s top dealmakers, as well as representatives from major institutional investors across the globe.

The CIA has concluded that Prince Mohammed ordered Khashoggi’s murder, according to the Washington Post. Saudi Arabia’s reputation abroad has also taken a hit since the 2018 killing and the arrest of prominent women’s rights activists accused by authorities of undermining state security.