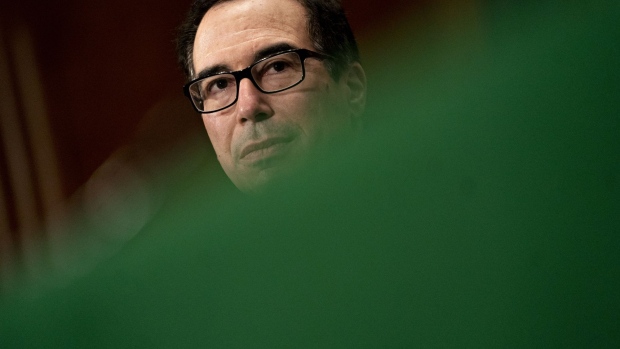 (Bloomberg) -- The U.S. may potentially issue ultra-long government bonds as soon as next year if there is investor appetite, Treasury Secretary Steven Mnuchin said.

“It’s quite attractive for us to extend and de-risk the U.S. Treasuries borrowing,” he said in an interview Thursday with CNBC. “We would look at the spread of 50-year to the 30-year and we would only issue if it’s an appropriate spread -- but innovation is an important thing.”

The concept of issuing 50- or 100-year bonds dates back to at least 2009 and has recently gained traction within Treasury. For the Trump administration, issuing extremely long-term debt would limit the cost to taxpayers of plugging a budget deficit that’s headed to $1 trillion annually. Pension funds would enjoy a few extra points of returns amid falling yields.

Mnuchin said his team has reached out to Treasury’s Borrowing Advisory Committee on the issue, and other market participants, and will soon reach out to foreign governments on the matter.

Record-low interest rates make this an opportune time for the Treasury to revisit a proposal it’s shelved in the past. Some observers see a window for the U.S. to issue extremely long-term debt instruments, even though the idea has received a cool reception on Wall Street.

Mnuchin studied the issue when he first took office in 2017, but put the idea to rest following a review with the agency’s group of market consultants, called the Treasury Borrowing Advisory Committee, or TBAC.

“If there is market demand, this is something we are seriously considering,” Mnuchin said Thursday.

To contact the reporter on this story: Saleha Mohsin in Washington at smohsin2@bloomberg.net

To contact the editors responsible for this story: Alex Wayne at awayne3@bloomberg.net, Elizabeth Wasserman, Steve Geimann