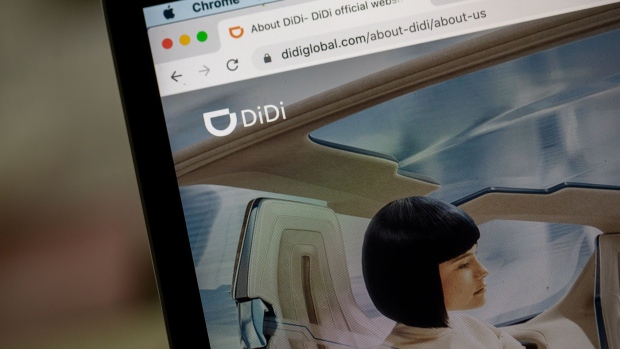 The Didi Global Inc. website on a laptop computer arranged in Hong Kong, China, on Friday, Dec. 3, 2021. Didi has begun preparations to withdraw from U.S. stock exchanges and will start work on a Hong Kong share sale, a stunning reversal as it yields to demands from Chinese regulators that had opposed its American listing. , Bloomberg

As the holiday season approaches, many mobility service companies appear to be on the naughty list of regulators. Ride-hailing companies are acutely aware of the powerful influence regulators have over their businesses —  especially when it comes to data/national security issues, driver licensing, and protection of existing taxi industries.

However, events of the past week have underscored just how much upsetting city, regional or national politicians and bureaucrats can transform a company overnight.

The most drastic such development was the announcement that Chinese mobility giant Didi would be delisting from the New York Stock Exchange after just five months since the company’s highly publicized IPO. Cybersecurity regulators expressed concern that data from China’s dominant mobility platform was vulnerable to foreign powers. After blocking some Didi apps from app stores in China, the regulators persuaded Didi that it would be better off pursuing an expensive delisting from the U.S. exchange rather than receiving coal in its stocking in the form of a reported $1.6 billion fine. Didi plans to list on the Hong Kong exchange so as to remain a publicly traded company.

With large user bases and a highly visible presence in peoples’ everyday lives, mobility companies have attracted the ire of regulators more than companies with arguably larger troves of data. Compounding the problem for Didi is its dominant market share in China, which can give a fairly complete picture of how major Chinese cities are operating. While the battle over China-based companies listing in the U.S. also affects industries other than transportation, for mobility service companies the decision about where to list is just one of many issues where there are disagreements with regulators.

China has issued a series of policies to regulate the mobility service sector, urging ride-hailing companies to remove unlicensed drivers and vehicles from their platforms by the end of the year and to protect ride-hailing drivers’ rights. Under such policies, Didi could lose nearly 60% of its ride-hailing trips, while T3 and Caocao could see reductions of 24% and 38%, respectively. The share of licensed vehicles and drivers on Didi’s platform already are the lowest among peers, making Didi a target for local governments.

The regulatory threat is not unique to Didi. Uber has a long history of trouble with regulators. A partial shutdown in Brussels was imposed on November 23rd  — it took effect last Friday. The court order prevents some 2,000 Uber drivers from transporting passengers. The decision was made to protect the taxi industry in the Belgian Capital while also citing concerns for the safety and well-being of riders. The Brussels government also said it was searching for a “temporary solution” to get Uber cars back on the road after drivers blocked streets in protest.

Many of these regulatory battles will get worse before they get better as mobility service companies push boundaries in order to drive their businesses to profitability. Even so, the focus on a particular company can go from negative to positive just as swiftly. A recent example is the regulatory flip-flop in Miami over shared electric street scooters. The scooters had been banned for a little over one week after regulators grew frustrated with scooters being poorly parked on sidewalks. The City Commission rescinded the ban last Monday due to an outpouring of public support. Ultimately, regulators should and do work for the people.

As I have noted before in this column, I expect the frequent dishing out of incentives — in the form of discounted rides and delivery services — to continue. This festive season looks like there could be many discounts on offer as ride-hailing companies try to ensure they remain essential to peoples’ daily lives. As the old saying goes, transportation systems don’t move people, they move votes.