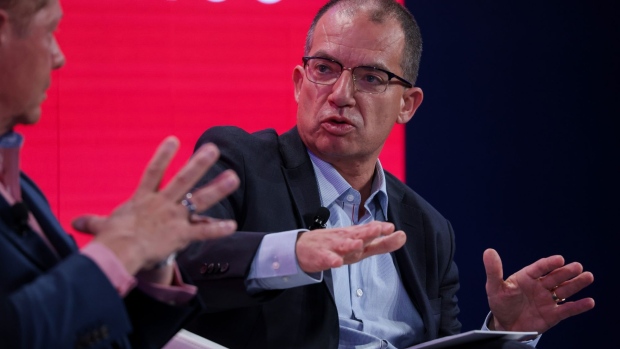 Stephane Bancel, chief executive officer of Moderna Inc., during a panel session on the opening day of the World Economic Forum (WEF) in Davos, Switzerland, on Monday, May 23, 2022. The annual Davos gathering of political leaders, top executives and celebrities runs from May 22 to 26. , Bloomberg

Bancel plans to exercise 80,000 shares per week until the option is fully exercised around June 2023. His family also sells shares weekly. He said in a blog post that he wants to avoid a significant number of shares coming to the market at once, which could hurt Moderna’s stock price. He expects to contribute all of the after-tax proceeds to charitable causes, which he estimates will be around $355 million assuming the stock is trading around $140 a share.

Moderna, one of the makers of the mRNA vaccines that have helped to greatly reduce the global impact the Covid-19, saw its stock soar during the pandemic but has more recently pared those gains. After touching a high of nearly $500 in August, concern about the pace of government vaccine orders and future revenue streams has dampened enthusiasm on Wall Street.

“In the coming months, there may be uninformed commentary about my motivations for these sales, but I wanted to share this news now and to provide you with transparency on our plans,” Bancel said. “I believe that the best days of Moderna are ahead.”