Moderna Inc. surged on Monday, spurred by a positive review from a Jefferies analyst who said the biotechnology company’s experimental vaccine for COVID-19 could generate sales of more than US$5 billion a year and the stock’s pending addition to the Nasdaq-100 index.

The stock will replace CoStar Group Inc. in the Nasdaq-100 starting July 20. The inclusion helped lead to a gain of as much as 12 per cent as Moderna shares touched the highest in nearly two months.

The more than 230 per cent surge for the stock since the start of the year has split Wall Street as to “what will happen or if the vaccine will even work,” and investors are “hugely divided on valuation,” analyst Michael Yee said, initiating the stock at a buy.

“We believe the Street will be surprised to the upside if the COVID-19 vaccine works, gets approved by early 2021, and there are multi-billion dollars of purchase orders from USA and around the world,” he said. 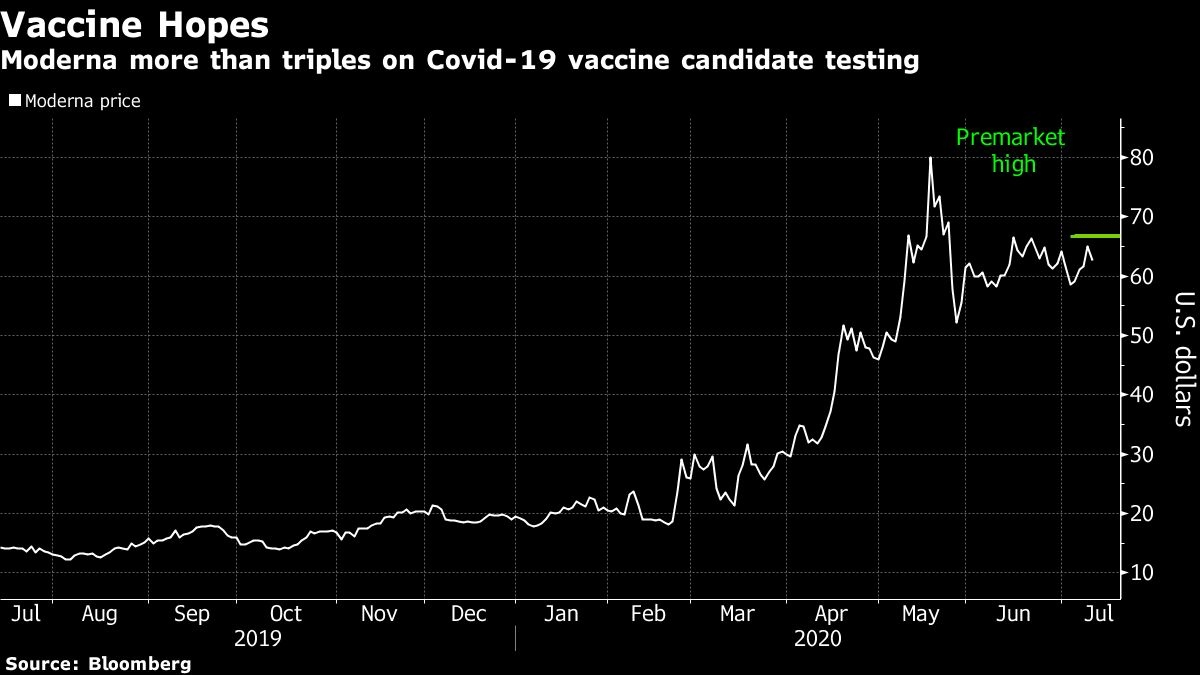 With a 30,000 person late-stage study set to kick off sometime this month, Moderna’s shot leads the pack in the race to get a vaccine to the world at large as the pandemic continues to spread.

Yee predicts mRNA-1273, as the inoculation is known, will get “at least” an emergency use authorization by early next year. There are more than 20 candidates in human testing, while at least another 130 vaccines are in even earlier stages of development, according to the World Health Organization.

The analyst assigned the biotechnology company a US$90 price target, which is largely in-line with the US$88 average price target of analysts tracked by Bloomberg. The Cambridge, Massachusetts-based company has 12 other buys and a single hold rating, while no analyst followed by Bloomberg currently rates it a sell.