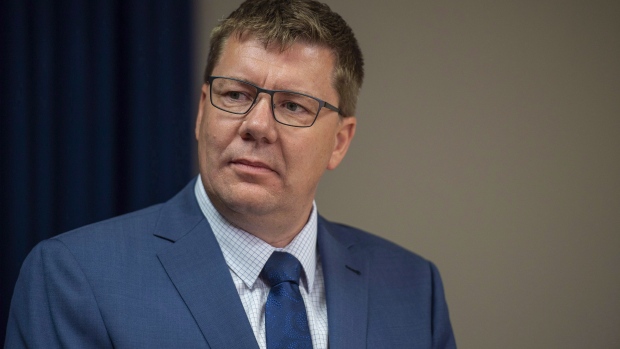 REGINA -- Saskatchewan Premier Scott Moe says he's prepared to appoint a special mediator to an intensifying contract dispute at the Co-op oil refinery in Regina, but only if the union removes its barricades.

Moe says he believes a negotiated settlement between Unifor and refinery owner Federated Co-operatives Ltd. is the best option to end the dispute.

The company locked out more than 700 workers in early December after the union issued strike notice.

Unifor has been calling on the premier to intervene.

If the union doesn't remove the blockades, Moe says he expects police to enforce a court order that limits how long pickets can hold up refinery traffic.

He says there has been an unwillingness on both sides to bargain in good faith and the contract dispute has devolved into illegal activity.

"This is not the Saskatchewan way," Moe said during a speech Monday to hundreds of municipal leaders.