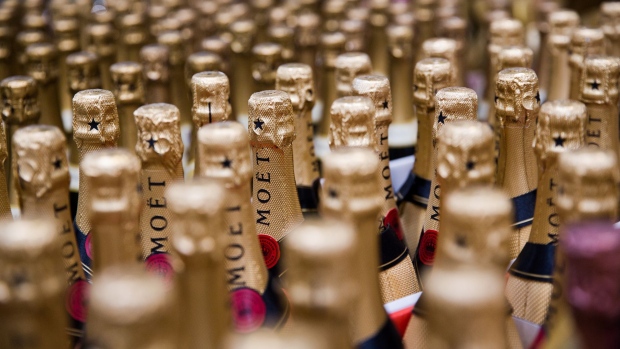 “We are running out of stock,” for some top champagnes, Chief Executive Philippe Schaus said in an interview with Bloomberg Television at the New Economy Forum in Singapore, adding that the current period has been dubbed the “roaring 20s” internally. There’s good news on the horizon too, with the new year set to see supply replenished, he said.

After an initial slump in the early days of the pandemic, the biggest names in luxury are reporting a spending frenzy as consumers unleash pent-up demand. LVMH Moet Hennessy Louis Vuitton SE managed to beat analyst estimates at four of its five main divisions in its most recent earnings, while Hermès International saw revenue surge 24%, excluding currency swings, despite increasing a raft of product prices.

Inflation is a key element of uncertainty, Schaus said at the event organized by Bloomberg Media Group, a division of Bloomberg LP, the parent company of Bloomberg News. A rise in raw material costs may mean the company will increase the price of some products by high single-digit or low double-digit amounts, he added.

--With assistance from Manus Cranny.