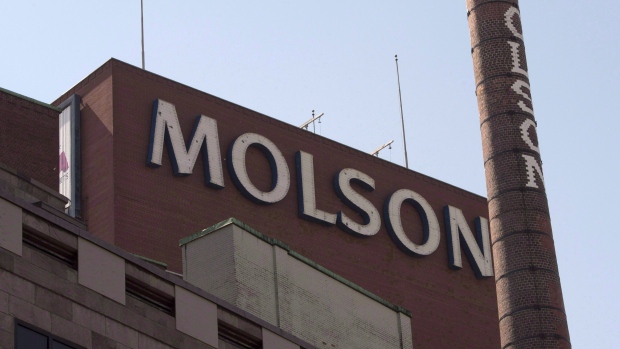 The Molson Coors brewery is seen Wednesday, June 3, 2015 in Montreal. , The Canadian Press

Molson Coors Beverage Co., the beer maker better known for popular brands like Coors and Miller High Life, has a new candidate for a big-time brand. But the drink, known as Veryvell, contains CBD instead of alcohol.

Pete Marino, president of the emerging growth division for Molson Coors, said in a phone interview that the company seeks to create a new mega-brand within three years. Veryvell is one of the non-alcoholic candidates from the division, which has already produced La Colombe coffee drinks and ZOA Energy drinks.

Colorado, an early adopter of cannabis, will be a testing ground for the new brand. The company will have discussions later this year about whether to expand into other regions, Marino said. “We’ve got all our antennae up to learn what we can in Colorado,” he said.

The drinks are made by Truss CBD USA as part of a joint venture between Molson and Canadian cannabis company Hexo Corp. Veryvell is already sold in Canada along with four other brands from the Hexo partnership -- but unlike their Canadian cousins, the U.S. Veryvell drinks won’t contain the psychoactive ingredient THC.

A Coors unit will distribute the beverages with a suggested retail price of US$3.99 for a 12-ounce can and US$14.99 for a four-pack -- a premium to beer, but priced competitively compared to other CBD drinks.

CBD, which is marketed as producing relaxation without the buzz associated with marijuana, is becoming an increasingly popular ingredient in consumer goods. The Veryvell non-alcoholic sparkling drinks will be sold through retailers and online in flavors such as grapefruit tarragon, strawberry hibiscus and blueberry lavender.

COVID-19 has sparked more experimentation with cannabis among consumers, and partnerships for mass-market cannabis drinks are on the rise. Canada-based cannabis company Aphria agreed last year to buy a U.S. craft beer company Sweetwater Brewing Co., and then merged with Tilray, which is a partner of Anheuser-Busch InBev. Constellation Brands Inc. also has a partnership with Canadian cannabis company Canopy Growth Corp.