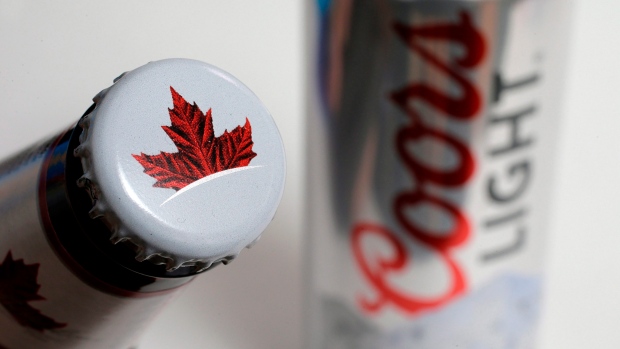 Molson Coors Brewing Co. expects to "secure a meaningful share" of the cannabis-infused beverage market when edibles are legalized in Canada, the company's CEO said.

"We will be in a ready-to-go position and, you know, one of the first on the playing field as the market opens up," said Mark R. Hunter in a conference call with analysts after the company released its third-quarter earnings report Wednesday.

Recreational cannabis products such as dried flower and pre-rolled joints became available for legal purchase in Canada on Oct. 17, but edibles won't be legalized until next year.

Estimates suggest the cannabis market could be valued somewhere between $7 billion and $10 billion, he said, with about 20 to 30 per cent of that coming from cannabis-infused, non-alcoholic beverages.

Even if one assumes the low end of both those projections, the beverages segment could be worth about $1.5 billion, he said.

Molson and Hexo Corp. launched Truss, a joint venture, earlier this month. Truss will develop the beverages for the Canadian market following legalization.

The company is already researching what beverages it plans to offer, said Hunter, and will be able to share more details early next year.

"We decided as a business that we did not want to be a spectator as this new market opened up and we clearly wanted to be a participant," he said.

The company is also preparing for potential further international expansion, he said.

The company topped expectations as it reported its third-quarter profit increased compared with a year ago, helped by higher sales.

Analysts on average had expected a profit of $1.59 per share, according to Thomson Reuters Eikon.