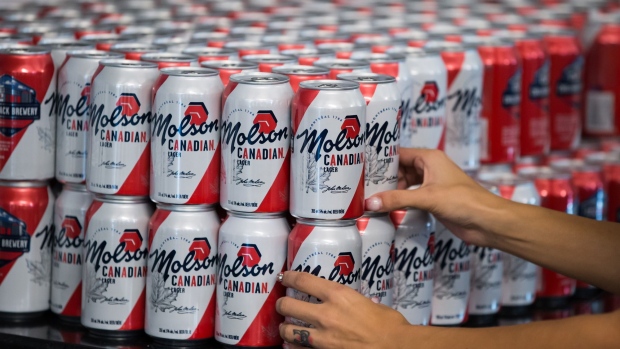 Alcohol demand at U.S. bars and restaurants is rebounding faster than Molson Coors Beverage Co. had been expecting. As a result, the maker of Miller High Life beer and Vizzy hard seltzer is ahead of internal shipping forecasts in its home market, its top executive said.

“The pent up demand for consumers to get out there is strong,” Chief Executive Officer Gavin Hattersley said Wednesday at an Evercore ISI conference, noting the resumption of sporting events and concerts is also fueling sales. Still, he predicts it will take six to nine months for sales to return to 2019 levels.

The faster-than-expected pace of recovery in the U.S. isn’t reflected everywhere, though, with U.K. sales on par with estimates and Canadian shipments worse than forecast, he said.

Molson shares, which briefly spiked on the comments, were little changed as of 3:12 p.m. in New York.