Monday’s wild stock-market ride saw the S&P 500 Index lose more than 10 per cent from its record high and the Russell 2000 approach a bear market before a dramatic late-afternoon reversal that sent all major benchmarks back into the green.

At one point during Monday’s session, US$3 trillion in market value was lost before the reversal, which showed that dip buyers still see value in the beaten-up U.S. stocks. The S&P 500 closed up 0.3 per cent after earlier sinking as much as 4 per cent, while the Nasdaq 100 rose 0.5 per cent, erasing a drop that hit 4.9 per cent at the low point. 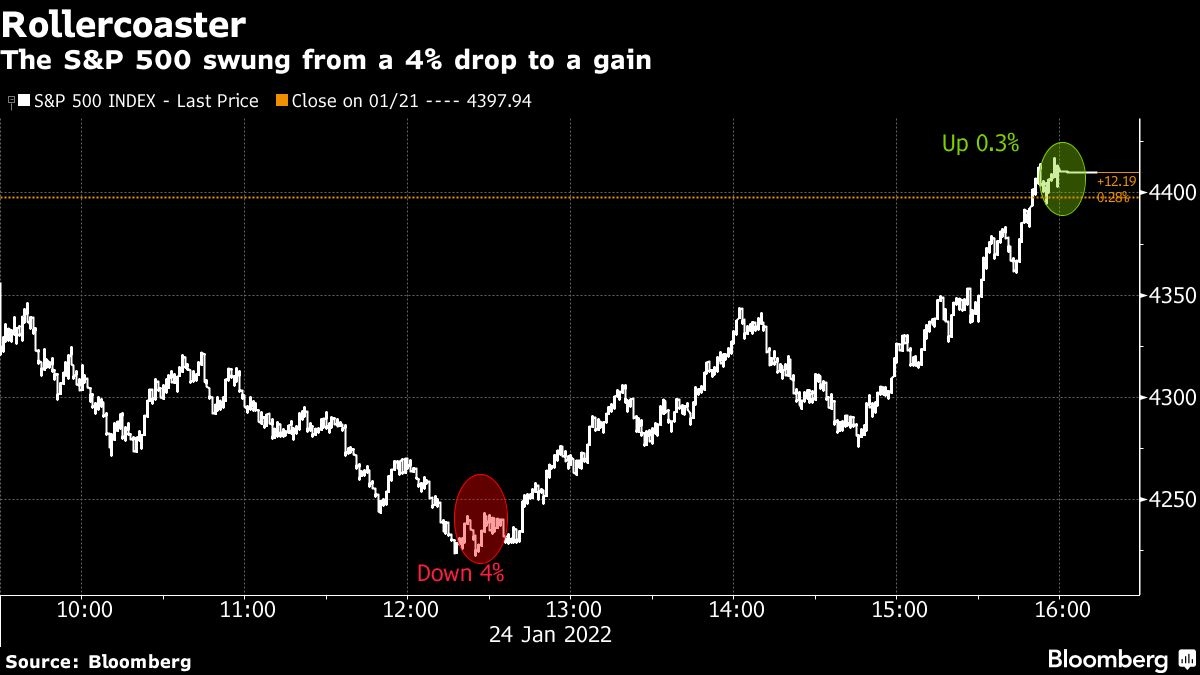 Still, for analysts such as Morgan Stanley’s Michael Wilson, the stocks retreat has further to go. “We have been monitoring PMIs and earnings revisions breadth for signs the slowdown is bottoming, but it has quite a bit further to go, in our view, and equity markets are not yet priced for it,” he wrote in a note.

The tech-heavy benchmark has fallen nearly 12 per cent so far this year amid a broad selloff in tech shares ahead of the Fed’s two-day meeting starting Tuesday. 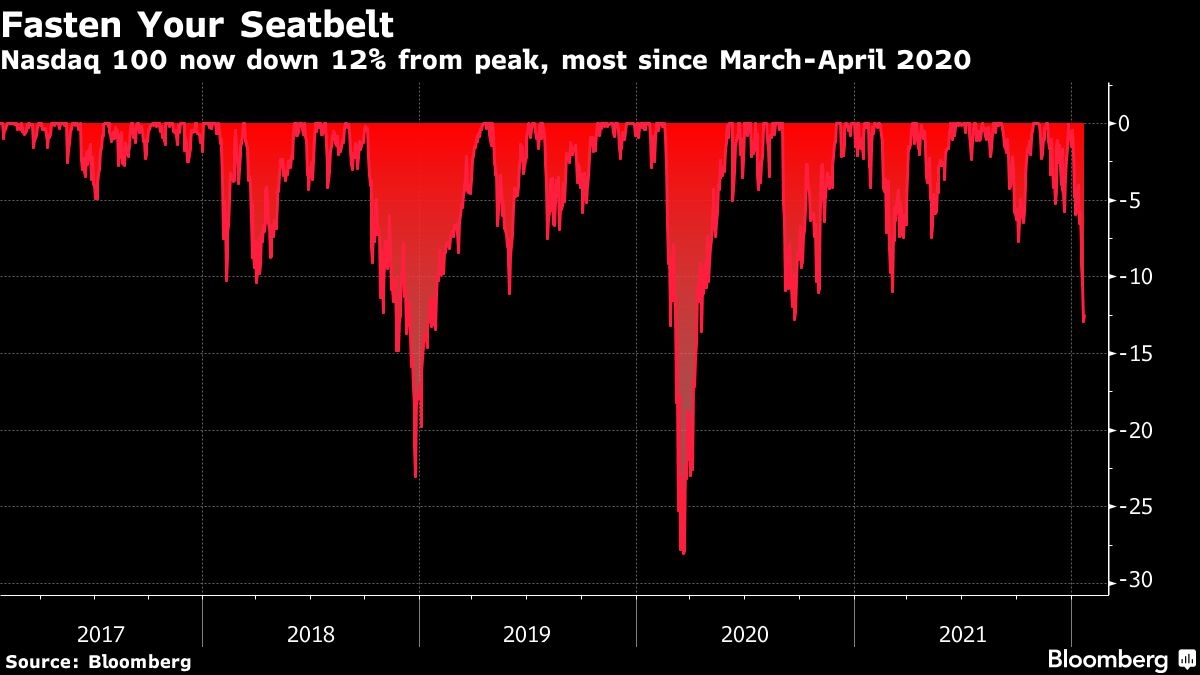 The small-cap-heavy Russell 2000 Index has been the worst hit in the U.S. as it hosts many of the frothy non-profitable companies that soared during two years of ultra-easy financial conditions. At its low on Monday, the index was down 21 per cent from November highs, on track to enter a bear market, before it rebounded. More than one-fourth of the index’s components had hit 52-week lows on Friday - the highest reading since March 2020. 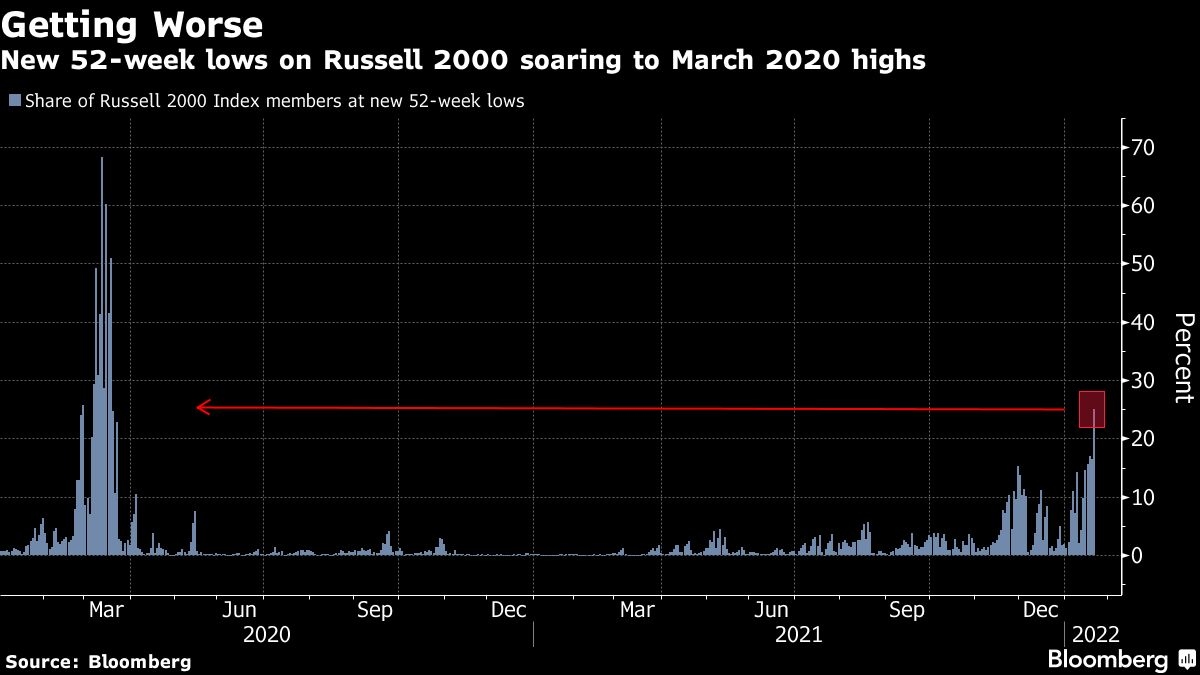 The S&P 500 Index was set to enter a correction after the benchmark fell for a fifth day, extending its drop to 12 per cent from its last record close just three weeks ago. It rebounded late in the session to close higher. 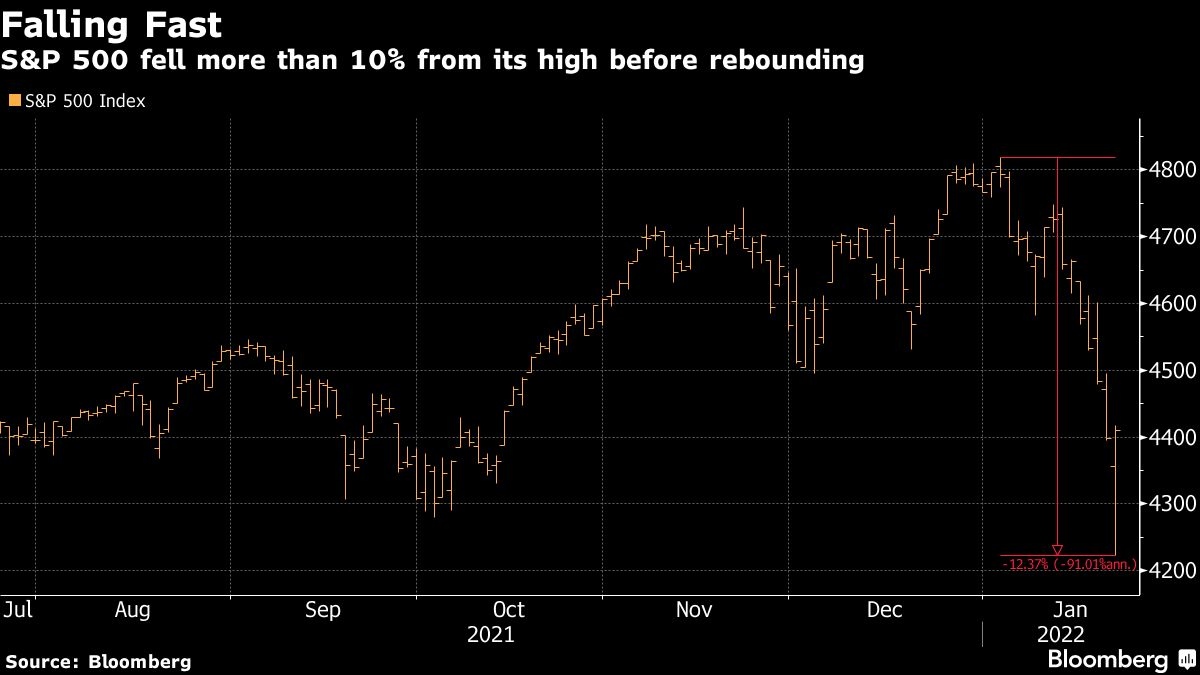 EUROPE NOT SPARED EITHER

European stocks’ 2022 outperformance of their U.S. counterparts has also been fading fast. The benchmark Stoxx 600 Index slumped 3.8 per cent, the worst rout since the peak of the pandemic selloff. 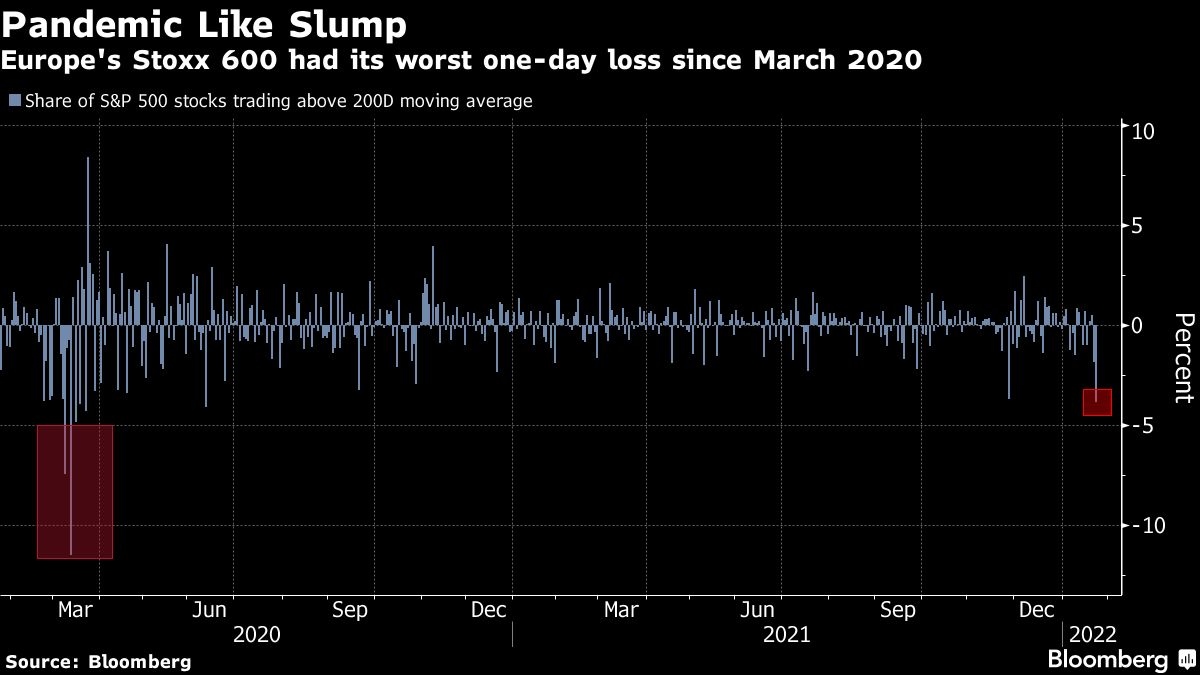