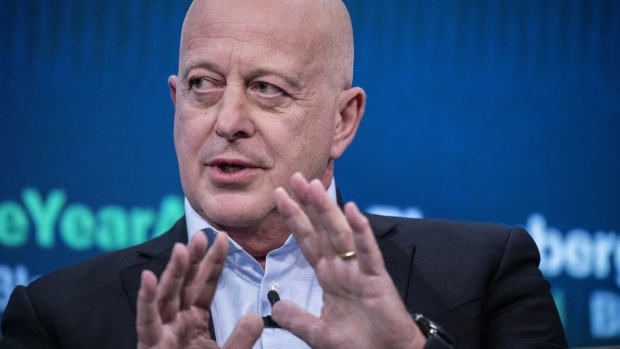 (Bloomberg) -- Consumers have taken price increases in stride for some time now, but that willingness to pay more won’t last forever -- and could end with the pandemic, said Dirk Van de Put, chief executive officer of Mondelez International.

“So far, price increases have not had a lot of effect on volumes,” Van de Put said Friday in an interview with Bloomberg TV. Consumers have felt financially confident as their savings accounts have been bulked up and more stationary lifestyles reduced spending outside the home. Snacks and candies, like those sold by Mondelez, are an “affordable treat,” the CEO said, even with an inflation-driven markup.

“I assume as the consumer will change and we get out of the pandemic and they start to spend more on other items, and they start to eat out more and so on, that that’s where the moment comes that they might not be so benign as it relates to the price elasticity,” Van de Put said.

Mondelez on Thursday reported fourth-quarter adjusted earnings that missed analysts’ estimates. Its shares were down 2.2% to $65.99 at 11:45 a.m. in New York.