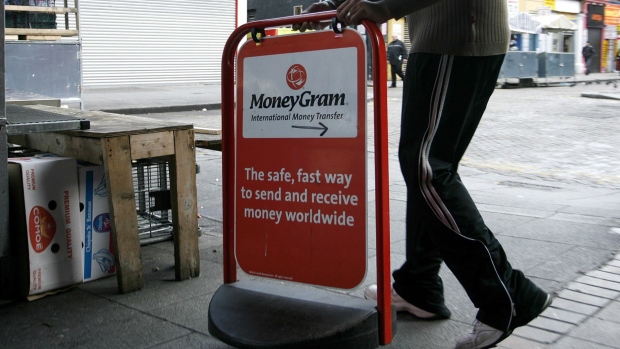 (Bloomberg) -- MoneyGram International Inc., one of the largest money-transfer services in the U.S., has received preliminary takeover interest from Stellar Development Foundation and private equity firm Advent International, according to people familiar with the matter.

San Francisco-based Stellar, which oversees a network for facilitating cross-border payments, is working with Advent on a potential acquisition of MoneyGram, said the people, who asked to not be identified because the matter isn’t public. No final decision has been made and Stellar and Advent could opt to not proceed with a deal, they said.

Representatives for MoneyGram and Advent declined to comment. A representative for Stellar Development couldn’t immediately be reached for comment.

MoneyGram has been a takeover target for years, as more people turn to online payments and away from old-school money-transfer services. Chinese financial services conglomerate Ant Group agreed to buy MoneyGram in 2017 but walked away after pushback from regulators. Rival money-transfer provider Western Union Co. sought to acquire the company last year, people familiar with the matter said at the time.

Founded in 2014, Stellar Development is a non-profit that supports the Stellar network, an open-source platform that helps people and companies move money around the world and in different currencies using blockchain, the digital-ledger that underpins crytocurrencies, according to its website.

Advent, based in Boston, has experience investing in the payments space, having backed companies including Vantiv and Worldpay.